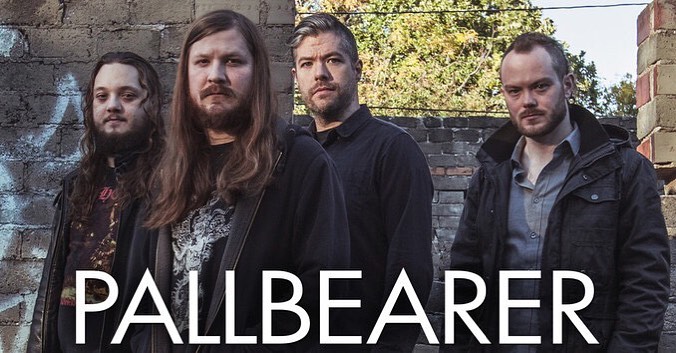 The Arkansas progressive doom metal unit PALLBEARER announces actions to take place during the month of September, including an appearance at the Heavy Mountain II festival.

The festival, set in the beautiful Smoky Mountains surrounded city of Asheville, North Carolina, will mark the start of these events. The second annual edition of the Heavy Mountain Festival, or as it is also known – HVY MTN, will occur on Friday, September 20th and Saturday, September 21st.

PALLBEARER will appear at The Orange Peel on Day 2 (Saturday) alongside Corrosion Of Conformity, The Skull, Mothership, Torche, and Windhand.

The following day, PALLBEARER will embark upon a short run of live dates with none other than psych-doom Texas heavyweights Destroyer Of Light. These dates will begin in Lexington, Kentucky on Sunday, September 22nd (the only show to also feature Kayo Dot). From there, they will hit Columbus and Cleveland, Ohio before coming to an end on September 26th in Hamtramck, Michigan.

PALLBEARER has issued a pair of singles this year, with the most recent, “Atlantis,” arriving this past June as part of Sub Pop Records’ ‘Sub Pop Singles Club‘. It was preceded by the April 2018 single for the 53rd installment of the Adult Swim Singles Program, “Dropout,” and both are streaming here.

‘Heartless‘, the third full-length studio album from PALLBEARER arrived in early 2017, and the band recently reported they have negotiated a worldwide deal with Nuclear Blast for an eventual fourth album.

Find all of next month’s PALLBEARER planned live outings listed below, along with show info and ticket purchase options at this LINK.