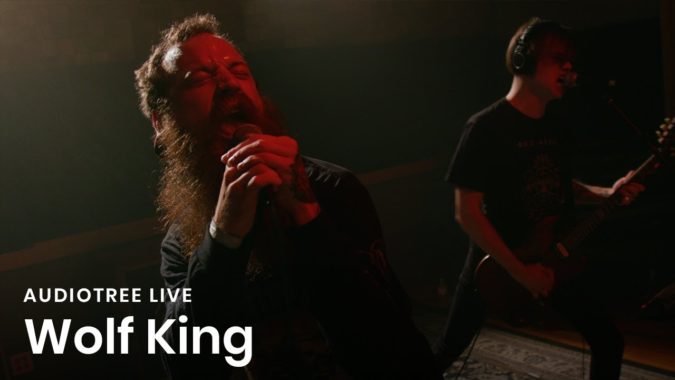 Released through Prosthetic Records last year, ‘Loyal To The Soil‘ is a face-melting salvo of ferocious, extreme metal reflecting the apocalyptic feel of modern times. Confrontational and excessive, the aural artistry of WOLF KING delivers a non-stop barrage of lethal aggression.

If you have not seen the band live, or somehow have missed out on the ‘Loyal To The Soil‘ album, now is the time to experience WOLF KING for yourself. You can stream the live video or listen to the audio of the set and purchase/download from Audiotree’s Bandcamp below…

“It was a privilege for us to work with Audiotree. They’ve teamed up with some of our biggest influences in the past, and we’re honored to be hosted on their top notch platform. We hope you all enjoy.”