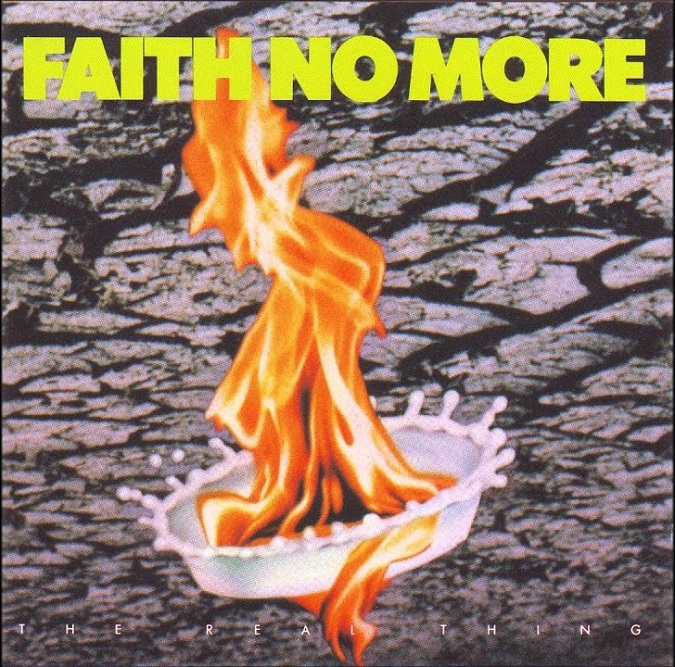 The late ’80s were an exciting, at times bewildering, time for rock and metal music fans. New sub-genres were popping up almost daily, an arms race of originality that saw rock splintering off, assimilating, and merging with previously unthinkable bedfellows. And even in this unusually fertile period, FAITH NO MORE was an enigma.

They were one of the original hyphenated metal acts, the likes of which soon became inescapable in a genre that once seemed so easily defined. What exactly was FAITH NO MORE, anyway? They dabbled in such crushingly heavy moments that they sabotaged their chances of ever becoming a lucrative pop band (which they easily could have done). They drank heavily from the trough of Sabbath, meaning they should have been slavishly devoted to the Almighty Guitar Riff, but instead their sound was rooted in the interplay of the drums (Mike Bordin), bass (Billy Gould), and keyboards (Roddy Bottum).

There was no master plan, the music the band wrote came through a clash of incongruous styles that worked because the core musicians (and even eventual black sheep / pumpkin farmer, then-guitarist Jim Martin could be counted amongst these ranks at the time) trusted each other JUST enough to know they’d have something worthwhile at the end of the day after all the bickering and arguing. And “Falling To Pieces”, like much of the album, was a sublime pop-music-shot-thru-a surrealistic lens proposition, the kind these other bands simply didn’t have the acumen for.

The first bit of real metal arrives with the brazenly over-the-top “Surprise! You’re Dead!” And yes, those exclamation points are intentional and completely warranted. Churning, mosh-pit ready math-rock riffs contort and invert themselves violently, Patton telling his dark tongue-in-cheek tale of vampirism with mirth and mayhem.

The final song, “Edge of the World” approaches a campy cabaret and transports us to a seedy nightclub with Patton portraying a lecherous old man who’s still got a taste for young ladies. This song veers boldly toward the genre-hopping that became de rigueur on later FNM albums. It was the oddest duck here, but it also pointed towards their future, and it went over big live at the time, Patton engaging the crowds with the bizarre singalong outro.

FAITH NO MORE was, along with Primus, one of the few bands to emerge from the brief funk sweepstakes in metal with any real lasting relevance. Artistically, they grew with every release, incorporating diverse musical ideas with a ravenous appetite, pushing the boundaries of their music, sometimes to the breaking point. But this is where the journey truly began, the band getting a glimpse of the possibilities available to them now with Patton at center stage. The trip was too short, the group breaking up at the end of the ’90s (only recently reconvening), but every snapshot like ‘The Real Thing‘, holds a lot of vivid, ephemeral memories.