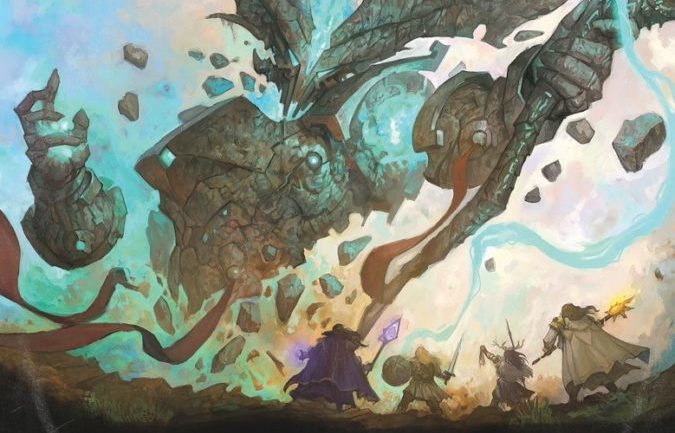 Following up on the recent June arrival of their third studio effort ‘High Fantasy‘, released through Creator-Destructor Records, GYGAX announces upcoming tour support for the album.

GYGAX will take to the roads on their “High Fantasy Tour” next month, focusing their attention on the western U.S. region with the brief live trek. Launching in Fullerton, California on October 9th, the jaunt will then hit several cities and wrap up in San Francisco on October 13th. Joining them on four of the five shows will be traditional heavy metallers Haunt, while the final show will also feature Space Vacation and Crepuscle.

Over the span of their three official releases, GYGAX has honed their style of melodic riff-centered, hook-heavy rock and roll. Empowered with fantasy-inspired lyrical themes, ‘High Fantasy‘ was recorded at The Captain’s Quarters in Ventura, CA. Mixed, mastered, and engineered by the band’s former guitar player Armand Tambouris, the record’s stellar sound quality works well to reveal its infectious contents.

‘High Fantasy’ (streaming below) is out now on CD, LP, and all digital platforms. Find merch bundles, including three vinyl color variants, new shirts, and other items, at the Creator-Destructor Records webshop

GYGAX are expected to announce additional tour dates throughout the coming months, with plans to hit the eastern U.S. region and beyond.

In related news, “High Fantasy Tour” support Haunt recently revealed their third full-length album is done and they plan to share further news on it in the coming months. Until then, Haunt has just unleashed a pair of new songs through Church Recordings, the label of band founder (and Beastmaker member), Trevor William Church. Each of them is dispatched via 7″ split single.

The first, “Sea Of Dreams“, is teamed with the band Seven Sisters. The second split single, “A Fool’s Paradise“, has them partnered with Fortress. Both are presented in streaming format and are available now direct from Haunt‘s official Bandcamp HERE.