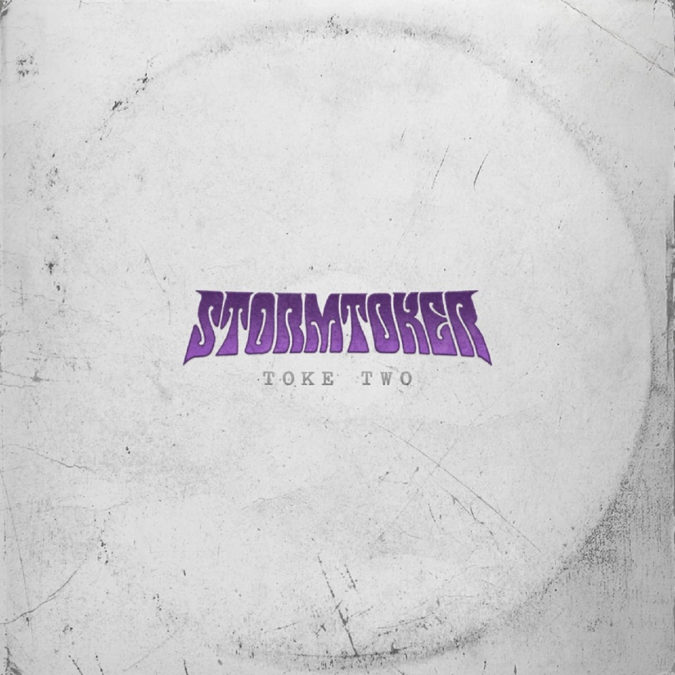 Well, well, well… look at what we have here. It appears that the Lexington, Kentucky based trio STORM TOKER are back with their sophomore album.

The rather appropriately titled, five-song ‘Toke Two‘ was released earlier this month and serves as the follow-up to the October 2018 ‘Toke One‘ EP (reviewed HERE). If you happen to recall that initial introductory effort from our guys here, then you already know how misleading this band is when it comes to judging books by their covers and such. Yes, it is pretty much true that everything about STORM TOKER, from their name to their release titles, seems to scream “stoner” something or other.

I even joked about this same aspect in the previous EP’s review, but trust me, any and all blatantly perceived weed ties end right there. With what we know about the stereotypes of stoner life or the ganja existence, our three musicians within STORM TOKER – David Andrew Langley (bass, vocals), Anthony Grigsby (guitar, vocals), and Donte Montgomery (drums, vocals) – just do not seem to be lethargic layabouts. How could they be, for this is music derived from intelligent thought and design, craftily calculated and cognitively created.

No burnout could bring about the materialization of genre-melding greatness like the slightly post-hardcore, progressive sludgery found in “Snake Of Eden“. The glory days of Mastodon are quick in coming to mind as this lumbering mass possessed with crushing riff emissions and multifaceted vocals make its way across the unseen. The melodic passage that eventually takes over the song for its (almost) final four minutes does so with great effect.

Yes, affect is what STORM TOKER does, rather nicely really, as they provide a morphing surface to present upon, like the aggro-crust punk leaning of the second song “Splicers”. The song careens its way to becoming a stripped-down steamroller, while other tracks display a more experimental nature about them. Like “Ikigai“, with its groove-infused format. It contains some of the tightest cohesion amid the players, not to mention one face-melting guitar solo, too.

Perhaps the two most enthralling numbers here are the two lengthiest songs, “The Last Messiah” and “Ghost Of Meadow“. The pair are also quite separated stylistically, with the 8-minute “The Last Messiah” having some goth rock and melodic emo music qualities. The latter is delivered with some rather peculiar recitations, ones that shift themselves from meandering, semi-wailing tongues then back to a rather depressing type of clean vocal.

With the nine minute-plus “Ghost Of Meadow“, we partake of this stand out selection’s plethora of musical nuances. With an organ or keyboard embellished swirl taking things musically onward, the snarling, black metal style shrieks would seem to clash. They do not, while around the song’s halfway point, some of the most solid prog metal is presented. The foray into a bit of loose jamming is a nice touch as well.

The STORM TOKER trio once again shows us their skills and wide range of influences with the contents of ‘Toke Two‘. At the same time, they are displaying a real knack for outside-the-box songwriting, while delivering something unique and interesting. Discover this for yourself in the stream of ‘Toke Two‘ provided here or burn a path to Bandcamp for further streaming and purchase options HERE.