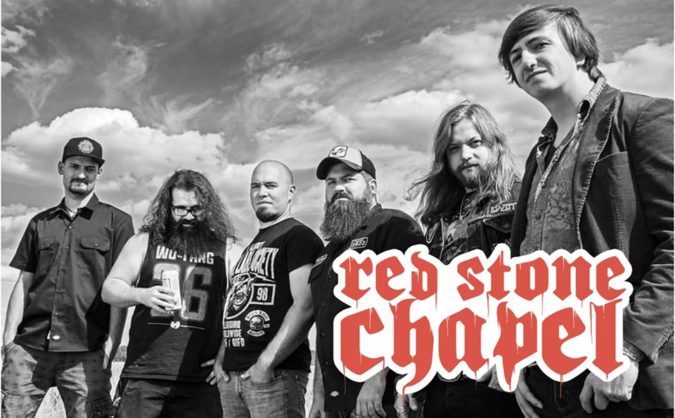 From the nation where the Reinheitgebot Law (stating that only barley, hops, and water shall be used in the brewing of beer) has been on the books for over 500 years, comes news of a promising, imminent new music release.

For Germany is home to voracious beer consumers, of course, along with RED STONE CHAPEL and their looming début full-length album. Titled ‘Omega Boombox‘, it is set to arrive via Argonauta Records this Fall. October 25th to be exact and the anticipation for its arrival is growing.

Nearly a decade in the making, the eight-song effort is empowered with southern-inspired stoner rock and served with an excessively heavy amount of sludge and blues. Falling in place somewhere amid influences from early Clutch, Five Horse Johnson, and Scissorfight; RED STONE CHAPEL stands ready to bring their unique groove to the global masses, ready or not.

“After ten years and recording several demos, one EP and a Live Album, we will finally release our first long-player. Recorded in the Institute Of Wohlklangforschung in Hannover by the great Willi Dammeier within 6 days, you will find a fine collection of sludge influenced heavy rock, somewhere between Classic Rock like Lynyrd Skynyrd and nowadays heavyweights like Clutch and Mastodon, on top, the wild and gritty vocals of our Greek vocal God. We’re really looking forward to unleash the Omega Boombox!”

Today’s announcement includes the album details and artwork created by Felix Bäcker, as well as the first single, “Squid Limbo“. The song is a gritty, high-energy number full of chunky guitar riffs, serpentine grooves, and a variety of vocal styles delivering tongue-in-cheek lyrics.

‘Omega Boombox‘ from RED STONE CHAPEL will be released on October 25th through Argonauta Records. The album is available to pre-order via the following format-specific links: