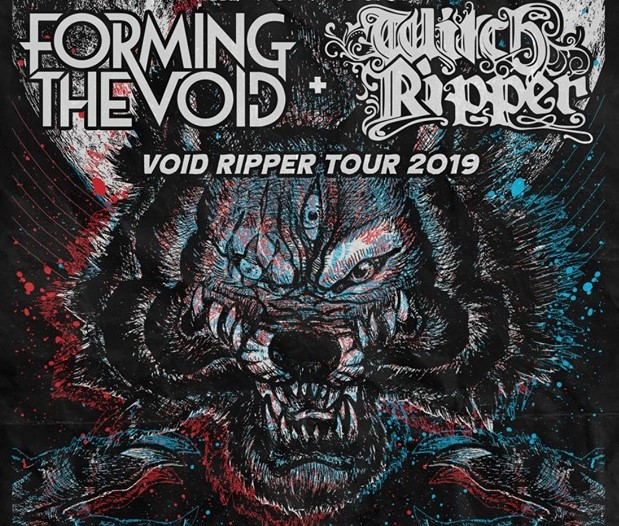 It has been one year since Seattle, Washington’s progressive sludge powerhouse WITCH RIPPER issued their first full-length album, ‘Homestead‘, via DHU Records in September 2018.

In June 2019, the band – Curtis Parker (guitar and vocals), Joseph Eck (drums), Coltan Anderson (guitar), and Brian Kim (bass) – were included on a split offering with San Francisco’s Brume. Now, WITCH RIPPER returns with the unveiling of a new official video for “S.L.U. The Hive“, a track from the aforementioned ‘Homestead‘. The song itself is a biting commentary about Seattle’s rapidly altering South Lake Union neighborhood, host to Amazon’s headquarters and its “worker bee” employees referenced in the song.

Guitarist and vocalist Curtis Parker provided more insight into the song by revealing the following:

“Lyrically it’s about the kinds of people taking over the city of Seattle. Seattle used to be super weird, kinda smelled like pee and was a haven for bizarre, queer, punk and metal artists. With the almighty Amazon/Paul Alan takeover of the city, it’s now full of just some of the most vanilla people on the planet. In the song they’re described as apex machines rising to replace normal people. The South Lake Union neighborhood (SLU) is their main base in the city, and I personally used to work in a restaurant in the area and just dealt with them too much, and that’s what inspired these lyrics.”

The arrival of the new visualizer from WITCH RIPPER is not in any way a random occurrence whatsoever. Instead, it is a strategic move, one that serves somewhat as a primer to prepare the way forward. In this case, the advancing movement comes as a planned U.S. West Coast Tour with Louisiana’s prog-metallers, Forming The Void, which will launch in October.

The tour itinerary, along with a new video from WITCH RIPPER, “S.L.U. The Hive“ and a stream of the band’s ‘Homestead‘ album, are all included here.

*No Forming The Void