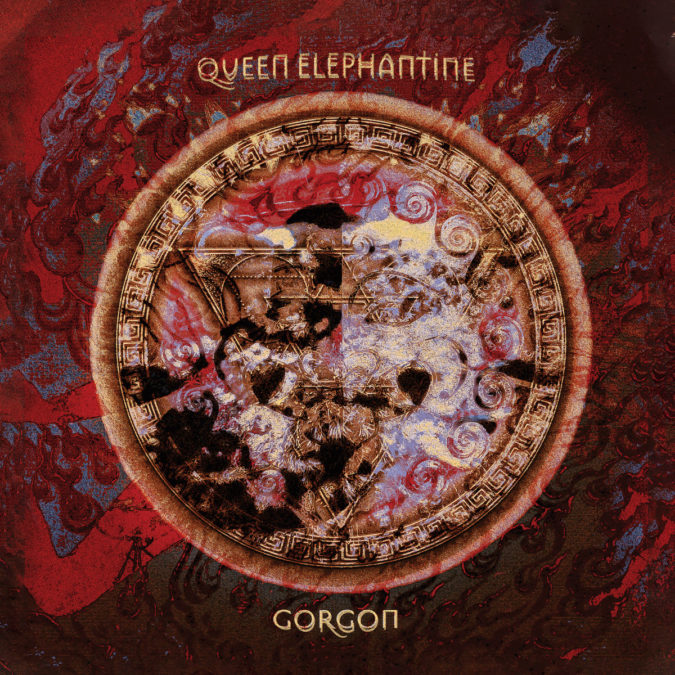 One need only explore “Mars“, the first single to be shared from the album by means of the heady visualizer presented here. Containing live footage shot by David Terranova, the trip-enriched video is ideal for the song’s oozing, lethargy inducing guitar discharges and otherworldly elements. Along with it, we include the ‘Gorgon‘ album artwork (created by Tsem Rinpoche and Nathanael Totushek) and other significant details of this remarkable recording.

‘Gorgon’ was produced and mixed by the band’s Indrayudh Shome (guitarist and vocalist), and mastered by Billy Anderson (Cathedral, EyeHateGod, Buzzov’en). It is set for release from Argonauta Records this November 8th. The album will be available on CD and LP formats, along with a digital album release in partnership with Atypeek Music. Pre-order is available in physical format at Argonauta Records and digital on QUEEN ELEPHANTINE‘s Bandcamp.

Accompanying the arrival of ‘Gorgon‘ at that time, QUEEN ELEPHANTINE will embark upon a northeastern U.S. tour. It will begin November 7th in the band’s current location in the City Of Brotherly Love – Philadelphia and run until the closing show in Montclair, NJ on November 17th. Find the tour routing beneath the video.