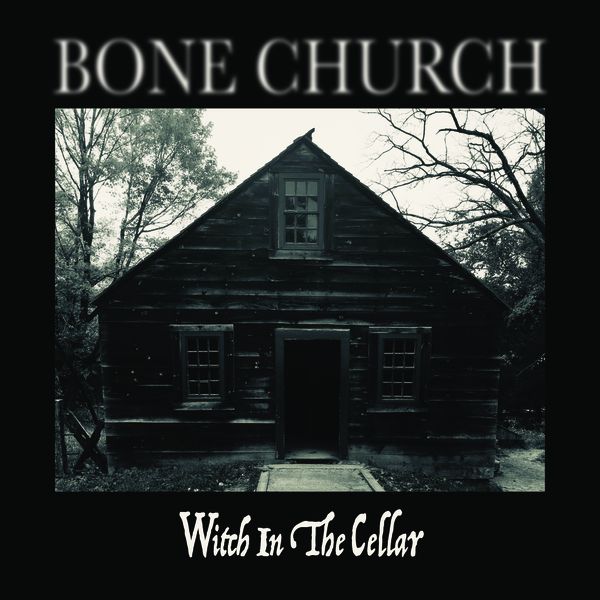 They did so by means of a five-song, eponymous EP which quickly went around the underground introducing people to the band. Impressing those that heard it, the right release at the right time if you will, the ‘Bone Church‘ EP was reviewed at Riff Relevant. It also just squeaked onto my own annual “Best Of…” that year, with dwindling months to barely spare.

Truth is, I was not alone in my amplified admiration for the sonic clergymen of BONE CHURCH, a.k.a. Dan Sefcik (guitar), Jack Rune (vocals), Pat Good (bass), Nick Firine (guitar), and Rock Sickinger (drums). This was confirmed and reaffirmed time and time again in the nearly two years that have passed since the grand opening of this house of unholy worship. Yes, the reverence and respect for this quintet are ongoing, ever-growing, gaining momentum, and all of these things will really ratchet up today.

The congregation is assembled here at this time, compelled by the power of the most righteous riffs and rhythms, for the exclusive premiere of “Witch In The Cellar“! The official first taste is a raucous number from ‘Acid Communion‘, the upcoming new album from BONE CHURCH. With its high energy discharge implying an underlying sense of urgency, the song rolls right along, oft times at dizzying paces. Just as things reach a state of merciless, breakneck jamming, the band detour and submit some excellent refined blues for our perusal.

The song recalls some of Connecticut’s own “wytchsteria” (witch hysteria) that predates by decades the famed Salem Witch Trials of New England folklore. Some would say this is a love story set to song, one featuring guest vocals from Eryka Fir. Suffice to say, “Witch In The Cellar” arrives at this ideal pre-Halloween time devoid of any tricks and a complete treat for all, through and through.

Speaking of treats and no tricks, despite their name, the East Haven, Connecticut favorite, Hoax Brewing Company announce the arrival of a special item to coincide with these events. “Bone Church Brew” is a diabolical concoction, a magical elixir made with the real bones of goats! C’mon now, at 6.66% alcohol, it does not get any more heavy metal than that, now does it?!

‘Tis the season of the witch, my friends… “Witch In The Cellar” that is! Delve into the new single from BONE CHURCH now, while the new album, ‘Acid Communion‘, is coming in early 2020, along with plans for touring. We will bring you all of that news and info when it is available.

Do not miss seeing BONE CHURCH live, along with Problem With Dragons, as they support the mighty Pentagram this Sunday, October 27th at Jewel Music Venue in Manchester, New Hampshire [info].