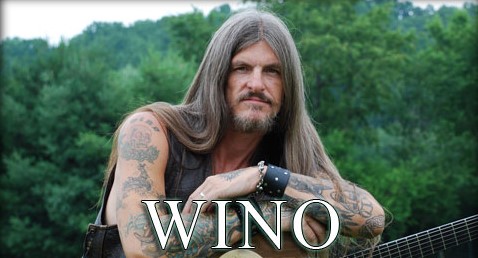 The signing is a precursor to an upcoming acoustic album release from solo artist WINO, ‘Forever Gone‘, while also serving another purpose. WINO‘s forthcoming solo album will launch Ripple Music‘s new series, ‘Blood And Strings‘, in which some of the most admired names in rock and metal unplug to record albums of acoustic heaviness.

While there is still much to be unveiled about both the series and album from WINO, we know that ‘Forever Gone‘ was recorded and produced by Frank ‘The Punisher’ Marchand (Foghound, Borracho, Unorthodox). Ripple Music assures fans more information on the series is forthcoming, and the record kicking it off will arrive in “early 2020”.

Weinrich addressed these recent events in the following statement saying:

“Hello friends, fans, freaks! It is with great excitement that I announce to the rock and roll world that I have signed on to the Ripple family and that Ripple will be releasing my next solo/acoustic recording ‘Forever Gone’ in early 2020. I think this is the perfect vessel to bring this music to your ears! Thanks all at Ripple Music and thanks to all who believe!“

Scott ‘WINO’ Weinrich has spent 40 years in the spotlight of underground music, with his first band, The Obsessed, formed in 1980. From there, he has founded or contributed to some of the most revered acts in music history including Spirit Caravan, Saint Vitus, The Hidden Hand, Shrinebuilder, Probot, Shine, Lost Breed, Premonition 13, and Place Of Skulls.

A ceaseless presence in the worldwide realm of music, WINO has never limited himself to any particular genre or style. Instead, he forged his own path by means of trailblazing songwriting and performance, all while reducing perceived barriers to rubble. Today, WINO is respected the world over as the godfather of doom and one of heavy music’s revered lifers. Worldwide festivals like Roadburn, Hellfest, Psycho Las Vegas, Desertfest, Maryland Doom Fest, Rock Hard Fest, Monolith On The Mesa, and countless others keep inviting this pioneer back through his various sonic incarnations, year after year.

There will be more to come on the partnership between Scott ‘WINO’ Weinrich and Ripple Music so stay tuned.