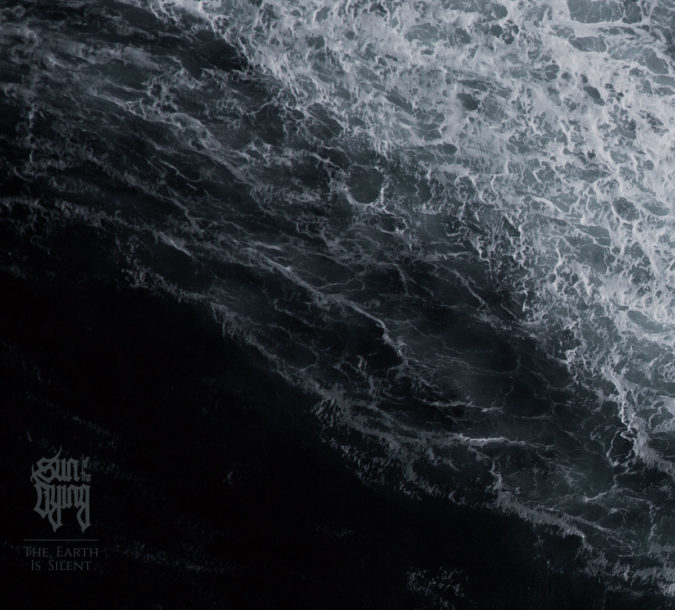 With a name like SUN OF THE DYING, the immediate impression is one of bleak hopelessness and desolation, the barren remnants of something that once was.

In a way, these imagined implications are fitting for the subjects of today’s review, this death metal infused, doom collective from Madrid, Spain. Brought into existence by members of Apocynthion and CrystalMoors in 2013, it would be some years before a début album would arrive. Nonetheless, one did in the form of the 2017 full-length, ‘The Roar Of The Furious Sea‘, and recently the melancholic heavyweights within SUN OF THE DYING reemerged with a sophomore effort from AOP Records, ‘The Earth Is Silent‘.

While the Earth either is or may be silent, the following most definitely are not: Eduardo Guilló (vocals), Casuso (guitars), Roberto Rayo (guitars), José Yuste (bass), Diego Weser (drums), and David Muñoz (keyboards, backing vocals). Not silent, they are also not making a joyful noise, not even close to either joyful or noise, as this 7-song movement attests to.

Instead, it bears witness to someone’s ability to find beauty in ruination or refinement from destruction. All of which begins with an orchestral intro, the minimalist mood-setting title number, “The Earth Is Silent“. Subdued yet haunting, this brief display of instrumentation is simultaneously subtle and striking as it washes over you. You might expect a burst of denser audio to mark the transition into the second track, “A Dying Light“, but it does not come.

You cannot recognize any difference at all within this most fluid transition, at least not at this point, where the sparse piano is inserted for its full effect. Gradually increasing musical elements become more and more accentuated, doing so intensely, yet without intensity. When one hears the term “atmospheric doom” spoken, this is the very epitome of what the orator alludes to, whether they know it or not.

While this has transpired, an airy, cleanly delivered male vocal laments among the earliest passages, but it shall relent in due time. It gives way to a much more guttural, sepulchral growl rising from the dismal nether regions of this nearly nine-minute long composition. This is a quality shared by several of these moving pieces, ones like “Orion” and “Monolith” are protracted for their full effect, perhaps to elicit the most forlorn despair achievable.

There is a bereaved grandeur at play throughout these steadfastly sorrowful songs, though tamped down somewhat in the most animated song, “A Cold Unnamed Fear“. This is SUN OF THE DYING putting their most death metal foot forward with heaviness in excess. Evincing a clear display of aggression early on in its quickened time signatures, an absurd sense of levity is culled from the more quelled portions to come.

Speaking of things more soothing in nature, the final song serving to close this album, “White Skies And Grey Lands”, is a mollifying epic. I find it one of the most impressive song settings served on this record, a sullen wounding with profusely bleeding emotion. Rigorously morose to a certainty, this tune of abundant gloom is given to such by its inclement harrowing. Being battered and crushed by a song, without the awareness of such occurring, is a most remarkable demise, a transgression worthy of accolades.

Let them come, too, for SUN OF THE DYING have far exceeded our now seemingly diminished expectations for ‘The Earth Is Silent‘. Surpassing them by such distances is something to be admired, especially in the contemporary age where most things are fleeting at best. Truth is, the influential roots of the band and of this album extend back a handful of decades to a time of pioneers, like those once residing on Peaceville Records. Those founding explorers of pensive contemplation set to scarring music, names like Katatonia, My Dying Bride, and Paradise Lost who paved the way.

‘The Earth Is Silent‘, perhaps in album title only, for this is a crying out and if we are attentive and alert, we shall be all the much better off for it. Apply your own acknowledgment via the embedded stream of the album provided in this review, or saunter over to Bandcamp for further streaming and purchase options [HERE].