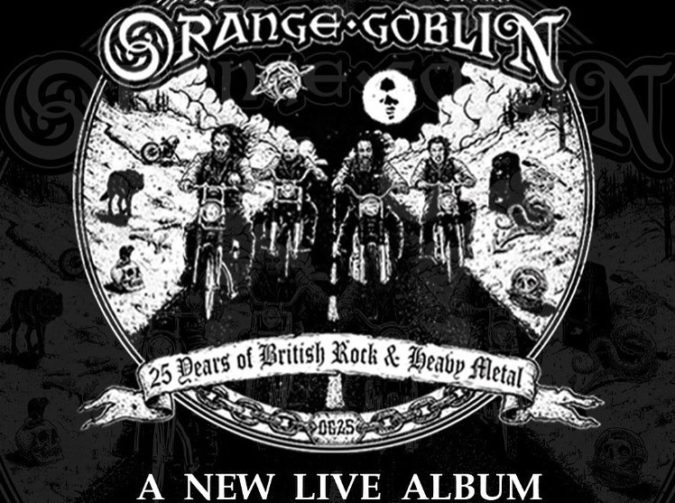 The 13-track, digital-only ‘Rough & Ready, Live & Loud‘ is due May 1st and celebrates this year being the 25th anniversary of ORANGE GOBLIN! It features songs recorded live between 2016 – 2019, at sets taking place in France’s Saint-Maurice-de-Gourdans, London, England, and Athens, Greece. One of the songs is an exclusive bonus song available only on the Bandcamp offered edition of the recording.

For one-quarter of a century now, these rebellious Londoners have risen through the ranks of the well-populated stoner rock and metal underground. With their high quality, weapons-grade caliber of heavy-handed rock always at the ready, ORANGE GOBLIN have become one of the genre’s finest flag-bearers.

“Obviously we are all facing difficult times due to the COVID-19 outbreak and this has hit us hard in what should be a celebration of 25 years of Orange Goblin. We wanted to give something to the fans, and think that a raw live album is a great representation of what Orange Goblin is all about. With no live shows to go to, ‘Rough & Ready, Live & Loud’ gives the listeners an opportunity to experience Orange Goblin in their own home, preferably with a lot of cold beers and shots!“

Accompanying today’s news are the ‘Rough & Ready, Live & Loud‘ album details, along with an audio track stream and a live performance video of “The Devil’s Whip” (from the 2014 studio album ‘Back From The Abyss‘). Over the span of nine studio albums, plus several EPs and singles, ORANGE GOBLIN has crafted a legacy of fiercely alluring rock music… and here’s to the next 25 years!

‘Rough & Ready, Live & Loud‘ is a digital-only release available May 1st, with a limited-edition T-shirt featuring the album cover design while supplies last. Get your order in now on this must-have item for any true ORANGE GOBLIN fan. Pre-order [here].