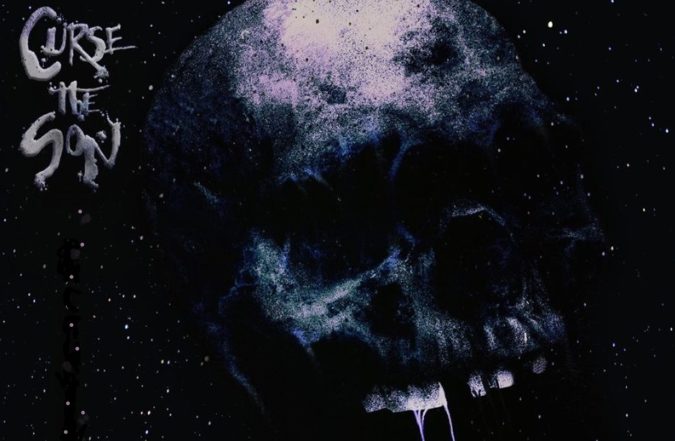 Ripple Music released the trio’s newest recording, their fourth full-length, ‘Excruciation‘, on June 12th. This is the latest achievement for the band that began life in 2008, as a studio-only project of then-sole musician, guitarist / vocalist Ron Vanacore.

With bassist Brendan Keefe and drummer Robert Ives now filling out the slots within CURSE THE SON, this new album can be considered a defining statement about personal perseverance.

Since the release of the band’s 2017 album ‘Isolator‘, CURSE THE SON have incessantly road-dogged the northeastern U.S. touring circuits. Along the way, former drummer Michael Petrucci left the band and was ultimately replaced by Ives. Touring resumed and with their increased presence within the underground music scene, CURSE THE SON played several U.S.-based festivals such as The Maryland Doom Fest,  Descendants Of Crom, and the New England Stoner & Doom Festival.

Not bad for the musical entity that began as that lone musician and his studio project over a decade ago. This notion is really being reinforced with the arrival of the ‘Excruciation‘ album, streaming below along with the new video to the song “Suicide By Drummer“. Also included is the previously shared visualizer “Worry Garden,” each video provides a revealing piece of the incredible new album from CURSE THE SON.

‘Excruciation‘ is out now on CD, Vinyl LP, and digital formats from Ripple Music and available to purchase at the following links:

We have news from the C.T.S. camp to close with as the band will present a live streaming event this coming Saturday night, June 27th. Dubbed the “Concerto en Plague“, CURSE THE SON will perform and possibly engage in some Questions & Answers segments too. Find details and all the needed information about this upcoming happening at this [LINK].