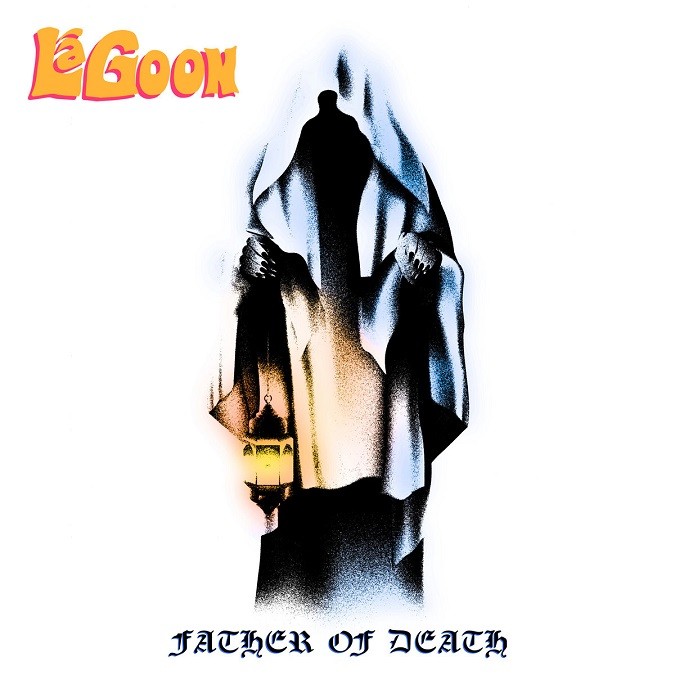 Out of Portland, Oregon, LáGoon brings their brand new full-length release ‘Father Of Death‘ to the masses this week. We’re rather happy today to share with you the full-stream premiere of their new ‘Father Of Death‘ album a few days ahead of its June 19th release.

‘Father of Death‘ marks LáGoon’s departure from the duo of Anthony Gaglia (guitar and vocals) and Brady Maurerto (drums) to now a trio, with the addition of Ignacio De Tommaso (Luciferica) on bass. Their sound hasn’t delved too far off the map of their previous recordings, or as they put it: “Same skate rat doom sound, just in louder form.“

You can form your own opinion from their quickly growing list of releases, starting with LáGoon‘s first album ‘Grim Ripper‘ (March 2018 – review here), or ‘L’affaire des Poisons‘ EP (July 2018 – review here), second full-length ‘The Unwelcome‘ (March 2019), live release ‘Skate Fast, Play Live Vol. 1‘ (October 2019), or the recent album ‘Maa Kali Trip‘ released this past March 2020. For ‘Father Of Death‘, the band recorded the parts separately over the past few months during the Covid-19 quarantine.

Some album insight from the band themselves:

“‘Father of Death’ is our fourth full length and second release in 4 months. This, however, is our first album as a three piece, bringing a new larger sound to the band. In the past we’ve cut songs from albums worrying they might not exactly fit our style, but we tossed that out the window on this release. Our influences come from all types of heavy music in this band, and I think that’s evident on this album.

The record features Anthony Gaglia on guitar and vocals, Brady Maurer on drums, and label mate Ignacio De Tommaso (Luciferica) on bass. The track ‘Broken Oath’ has a feature from Thunderbird Divine’s Adam Scott on keys and melotron!

A vinyl and tape release will be announced shortly after the digital release on Interstellar Smoke Records & Forbidden Place Records, respectively. Stay safe, and stay heavy!“

The arcane cover artwork was done by Amplified Design. With all mixing and mastering completed by Anthony Gaglia, the ‘Father Of Death‘ album is available for pre-order now through the LáGoon Bandcamp site, with a digital public release on Friday, June 19th. As stated above, the physical formats should be announced soon!