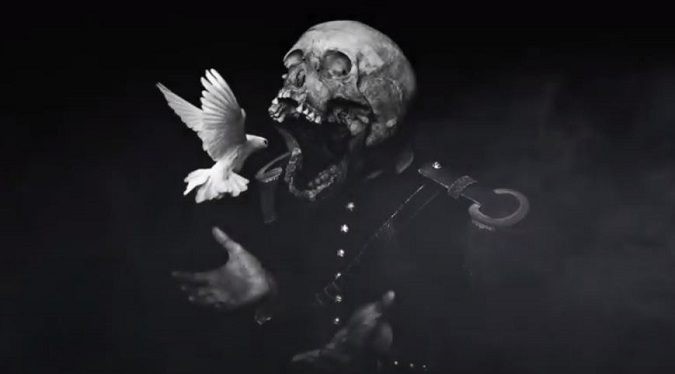 Mexico’s blackened-death metal thrashers REPVBLIKA released their album ‘The Insurgent‘ in March 2019, and have a recently released an official lyric video for the fourth track “Destrvctivism“.

Formed in 2003, REPVBLIKA embodies the decadence of postmodern society contaminated by the excess of reality of all the vices of the human being. The sound is a bleak and desolate reflection of souls lost in the search of satisfaction, morbid thoughts of pleasure and death without discarding the disaster of ideological structures such as capitalism and monotheistic religions.

“Destrvktivism” is a blackened, slow and dense song that shows the band’s newest production taking us to the guts of its darkest desires, never again to see light essence. Dark passages and an unexpected majestic sax solo featuring Jørgen Munkeby (of Shining, as well as his work with multiple heavy music acts like Periphery and The Devin Townsend Project) makes this song a must listen to anyone drawn to this darkened genre. This lyric video shows a multi-image display of accent words and rare footage creating a deep sense of wonder…

Released by Concreto Records, the album ‘The Insurgent‘ was produced by Repvblika and Mick Kenney. The drums were recorded at Minibox Studio Mexico City by Urique Quiñones; Guitars, bass, and vocals recorded at MAT Studios (Mexico City) by Miguel A. Hernández, and it was mixed and mastered by Mick Kenney at The Barracks Recording Studio in Los Angeles, California.

‘The Insurgent’ is available via Bandcamp [link] or at Concreto Records webshop [link].