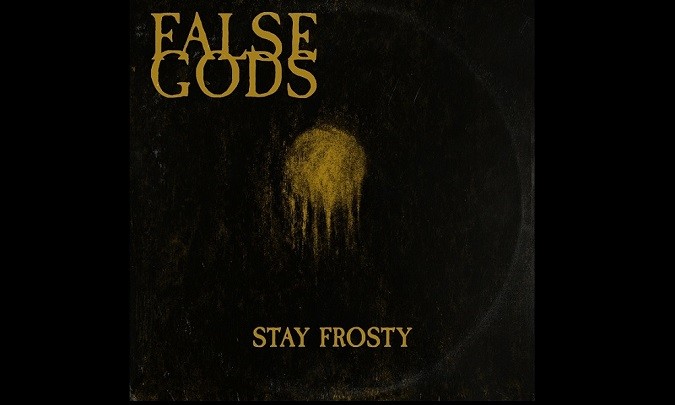 New York heavy-hitters FALSE GODS are anxious to release their debut full-length, ‘No Symmetry… Only Disillusion,’ to the world. The result is a brash, bulldozing juggernaut, shifting between between melancholy and rage with the stroke of riff.

With influences ranging from sludge legends Eyehategod and Crowbar, to Godflesh and Killing Joke, the members of FALSE GODS embrace all forms of extreme and heavy music, which in turn helps them fulfill their musical vision: creating powerful undeniable sounds while telling the bitter truth of reality.

Their self-proclaimed “Gloom and Doom from Gotham City” rings true through their past EP releases, starting with the 2016 debut ‘Wasteland‘, then ‘Reports From Oblivion‘ in 2017, and most recently ‘The Serpent and The Ladder‘ in 2019. Their new album ‘No Symmetry… Only Disillusion,’ is expected for release next month, on October 16th, via Seeing Red Records.

We have the first single, “Stay Frosty,” from their forthcoming LP, streaming below in both audio and a new video. About the new track, the band states:

“The song serves as a warning to be conscious and cautious of what you say, especially in today’s climate. A lot of what is being shared, posted, and tweeted is self-serving and full of misinformation and deceit. Even at the end of our days as our bodies start to break down we let our minds tell those same lies and fail to heed the orders of the flesh… rather continuing to believe the deceptions of the mind.”

‘No Symmetry… Only Disillusion‘ was produced by Colin Marston at The Thousand Caves, with mastering by Alan Douches at West West Side Music. The new album will be available on CD and digital download/streaming as of October 16th, through Seeing Red Records. Pre-ordering is open now on Bandcamp [link].