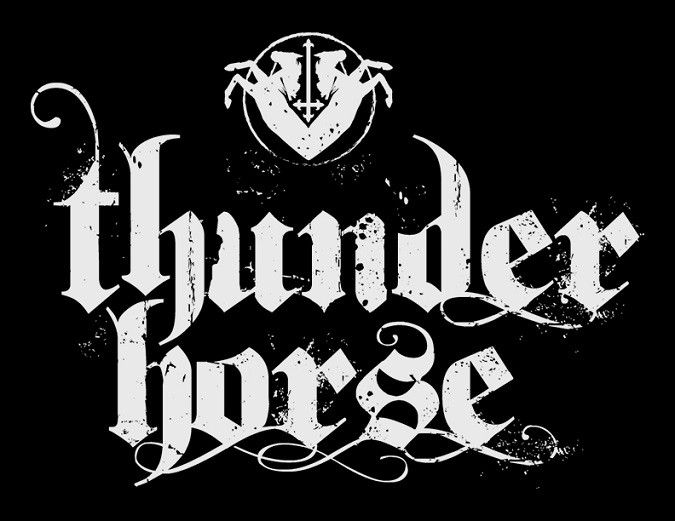 San Antonio, Texas-based band THUNDER HORSE recently announced their signing on with Ripple Music for a new album. Today we have some details of that upcoming record, with the honor of sharing the premiere of its first single “Let It Bleed” in an official video.

THUNDER HORSE is led by vocalist and guitarist Stephen Bishop, a mainstay for many years on the Texas industrial metal scene as the frontman for Pitbull Daycare (Cleopatra Records, MIA Records). Aided and abetted by fellow PD founder, T.C. Connally is the lead guitarist. With each’s playing influenced in no small part by some of the most iconic band members of the late 60s and 70s – Roger Waters, Michael Schenker, Toni Iommi, and Robin Trower – together, THUNDER HORSE‘s songwriting duties are divvied equally, in line with a passion for all things heavy.

Rounding out in the rhythm section with a big bass player who needs a BIG bass, so Dave Crow (known as Uncle Dave) brings in the 12-string and monster rig, and his years of playing with rockabilly band The JuJu Beans and punk band Uncle Dave’s Rock Service. Versatile drummer Jason ‘Shakes’ West has been a touring member of the Murderdolls, Wednesday 13, Sebastian Bach, OzzFest veterans Neurotica, and Pitbull Daycare (with Bishop and Connally).

Taking a DIY approach, THUNDER HORSE released their debut ‘Thunder Horse‘ album in June 2018 to glowing press reviews. Original lineup intact, the band now returns with their second full-length album ‘Chosen One.‘ Based on the debut’s success, they once again feature original artwork by Pig Hands; with the record’s mixing done by Caleb Bingham at Nightmare Sound, and mastering by Joe Bozzi at Bernie Grundman Mastering, both in Los Angeles, CA.

Their sound doesn’t quite fit into one box, but they are built thick with doom, psych, occult, and classic rock and blues influences. Some details from THUNDER HORSE about the new single:

“Thunder Horse wants to start by saying THANK YOU to the entire staff of Riff Relevant and Happy New Year! We hope 2021 brings many wonderful adventures for you all!

Our debut single ‘Let Them Bleed’ from our upcoming Ripple Music release, ‘Chosen One’ is an anthem for these tumultuous times! Filled with angst, frustration, and bitterness against the entire American political system, regardless of ideology, ‘Let Them Bleed’ lays it on the table. It US against THEM, not US against Each Other! Love your brother and sister… we HAVE to have each others backs! Things are going to get better if we stick together!

‘Chosen One‘ is a musical journey that expands the band’s catalog by experimenting with different sounds and influences. Metal played slow and low, with an intensity inspired by icons past and present. A wall of amps and an almost tribal rhythmic vibe produces a guttural sound with intensely mind-bending sensations. Imagine if Black Sabbath and Jane’s Addiction melded into one band and had a Pink Floyd influenced stage show with a Quadraphonic PA:  THAT is THUNDER HORSE.

The album was completed in 2020 while socially distanced during the pandemic and the angst is obvious. With a planned date of March 12th, 2021, THUNDER HORSE is excited to release ‘Chosen One‘ via Ripple Music and looks forward to being able to hit the road to support their sophomore release. Pre-order is available on vinyl, CD, or digital.

1 thought on “Premiere: THUNDER HORSE “Let Them Bleed” Video Off Upcoming ‘Chosen One’”