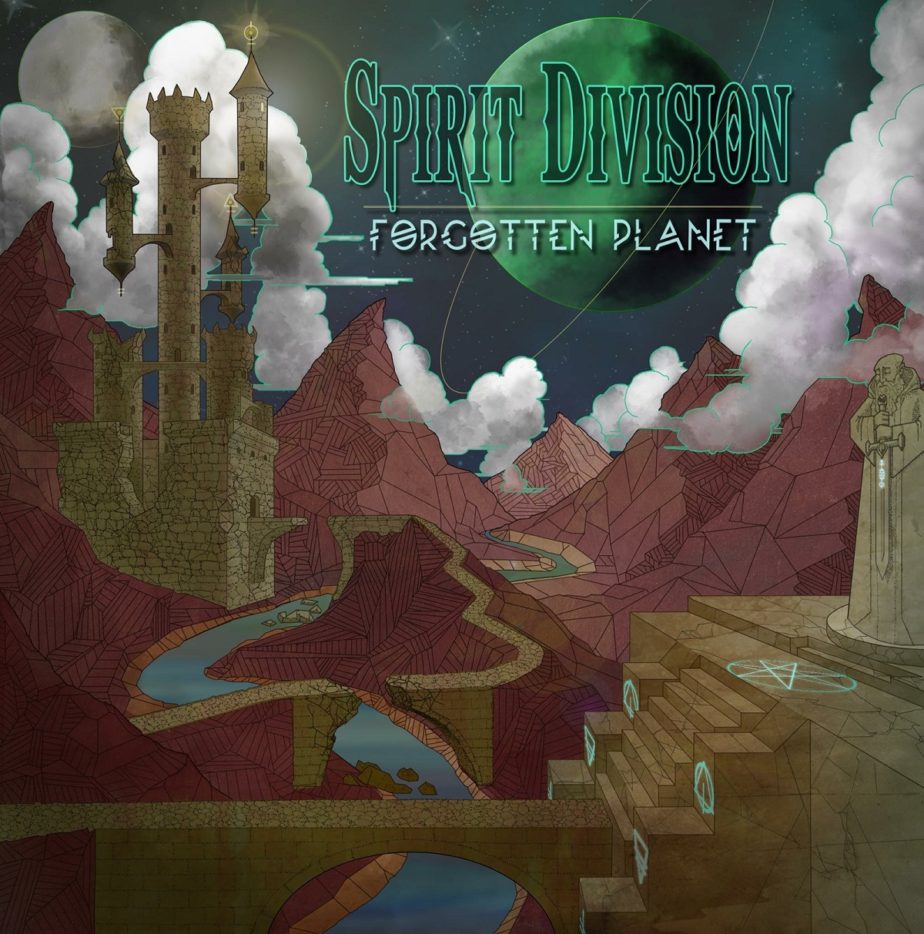 Spirit Division has announced the completion of their third album, ‘Forgotten Planet’, with the full-length offering set for release on August 31, 2018.

Forgotten Planet seems to represent a bold change in direction for the Indianapolis doom trio. The nine-track composition includes longer, more elaborate song structures, with the band braiding the sonic cord from an array of deeper influences than before.

According to the band, the lyrics are also the darkest and most nihilistic that Spirit Division has ever written. Much of the adaptation could be attributed to the recruitment of Andy Bowerman (guitarist / vocalist), whose energetic style and intense approach have well integrated with Jace Epple’s intricate drumming patterns, as well as founding member (vocalist / bassist) Chris Latta’s melodic sensibility.

Bowerman also provided the striking artwork for ‘Forgotten Planet’ and helmed much of the recording process. Drum recording and overall mixing were done at The Swollen Goat by Jeff Kaleth (of fellow Hoosier group Astral Mass), with mastering handled by Collin Jordan at The Boiler Room LLC.

Some words from Spirit Division about the album’s creation:

Says Chris Latta, “‘Forgotten Planet’ is easily the most experimental album Spirit Division has recorded. The songs are longer and more complex, but also very emotional in places. I had a feeling we would be going in a direction like this when Jace and I first started arranging new songs after No Rapture, but Andy brought an aggressive edge when he joined. He really pushed us to explore different sounds that we wouldn’t have otherwise. It’s truly a testament of how far we’ve come as a band.”

“’Forgotten Planet’ felt like a raw exposure of the shadow self, that part of humanity most people don’t like to talk about”, adds Jace Epple.