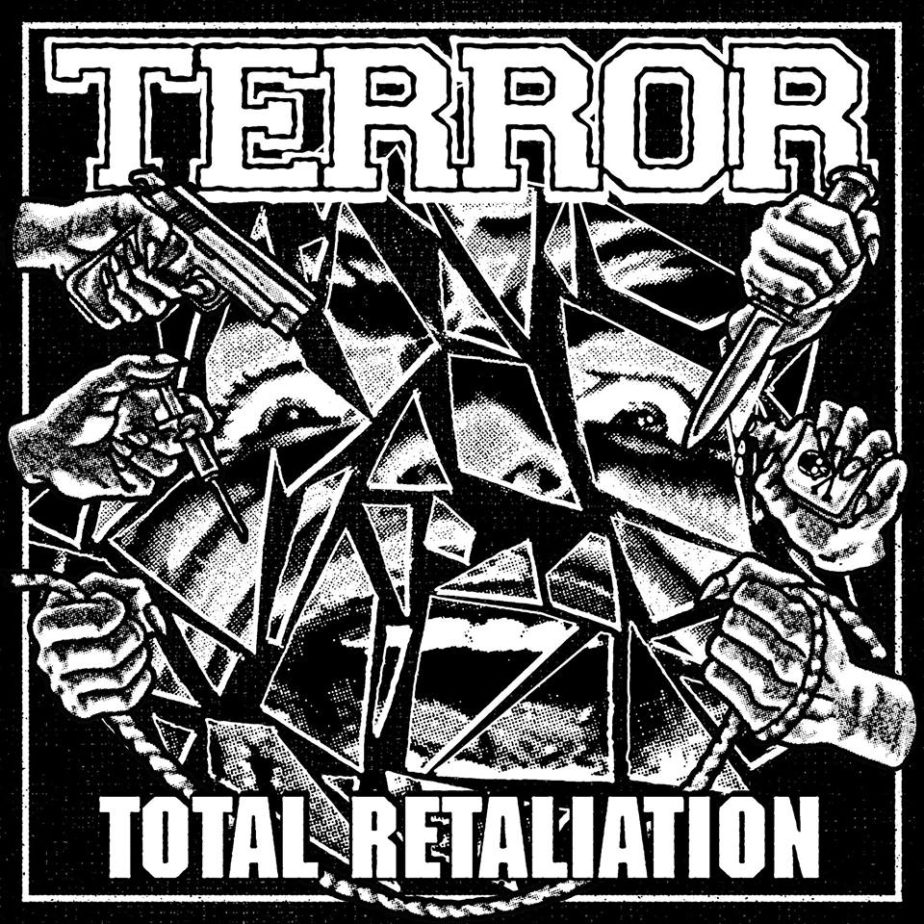 September 28th will see the release of “Total Retaliation” from the Los Angeles based staple of USHC, TERROR.

Along with the album artwork and tracklist being shared here today, we also have the début of the first single from the album, “Mental Demolition“. The song is an explosive armament of muscular riffs, venomous vocal discharges, and crushing breakdowns.

TERROR frontman Scott Vogel offered the following about the Will Putney produced album:

“I really proud of this record. I’m happy that after 16 years we still have the urgency and aggression, and our youthful spirit is still kicking. Everything from the lyrics to the riffs to the overall energy on this album feels right. People that have heard the record keep telling me it’s the Terror record they have been wanting for, and it’s our best in a while so I’m super exited for this thing to come out in late September and we have a great team releasing this. Pure Noise in the States, Nuclear Blast in Europe and Triple B working on the vinyl.”

Check out the song in the video clip below, while pre-order for “Total Retaliation” is available now at THIS LOCATION.

In related news, the band has announced a headlining tour in support of the new album, with Harm’s Way, Backtrack, Year Of The Knife, and Candy. You can find the itinerary below the video.