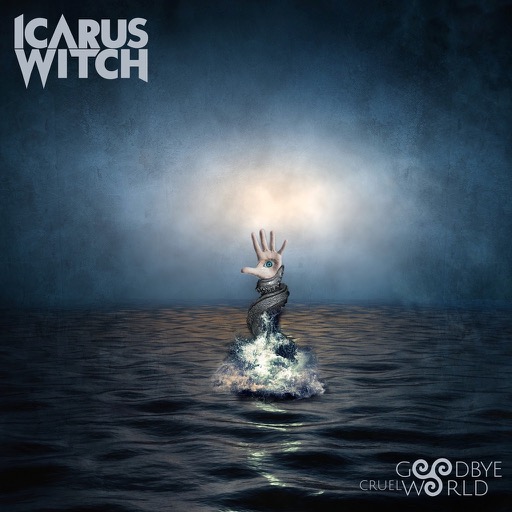 It is the night before Halloween as I sit down to hammer out this review, a night traditionally known by a variety of names, depending on the locale.

From here in Kentucky, northward to Michigan, it is known as Devil’s Night, but if you move northeastward it becomes Mischief Night or Cabbage Night to some in the Empire and Garden States. Go to the PNW region, Washington State in particular, and it becomes the night of the Devil’s Eye. No matter where you are, this time of the year associates a shortlist of iconic characters with the descending of All Hallows Eve.

Perhaps none is more so known or celebrated than The Witch… so, what better time than this to acknowledge the recent return of our own metallic one – Pittsburgh’s ICARUS WITCH.

Now in the fifteenth year of the band’s existence, one of the U.S.’ unquestionably best power metal acts are back. Back with new members, back with a newly released album (Oct. 26th) from Cleopatra Records, ‘Goodbye Cruel World‘, some six years after their last, ‘Rise’ (2012).

Yes, you could say all the right names, or at least ones whose bodies of work speak for themselves, are present and accounted for… but what does ‘Goodbye Cruel World‘ have to say about its own existence?

Answer: A hell of a lot! ‘Goodbye Cruel World‘ is ten tracks of heavy metal magic, a “recapturing” of magic, if you will, that melds the band’s past with its newly constructed present. This is immediately established right out of the gate with the blistering opening title track, “Goodbye Cruel World”.

With a nearly thrash pace, incendiary guitars, and the rhythm section’s rapid-fire discharges, the song seems as much a farewell to what has been, as an introduction to the here and now. D’Cagna’s verbal iterations double down on that underlying message as well, soaring strong above the potent riffs and grooves bolstering them.

With the spell cast, the fuse lit and burning, a throttling onslaught of hard-hitting songs now make a further impact. “Misfortune Teller” and “Lightning Strikes” are crystalline, pristine cuts of contemporary metal rife with the influence of such traditional acts as Judas Priest or Riot.

Such old-school qualities are abundant throughout the album, the song “Through Your Eyes“, and its brief intro piece, “Mirage“, absolutely ripple with nuances of classic metal’s past. In fact, the song is book-ended by instrumentals as “The Flood” arrives to unleash a deluge of molten fluidity. It provides the perfect uptempo vehicle for some incredible guitar pyrotechnics and tight-knit interactions between the musicians.

Speaking of guitars, Quinn Lukas absolutely sears his stamp all over this album’s contents, doing so with remarkable riffs and sensational soloing. For the record, I’m not a technical type of guy, I cannot say that Lukas “played this style” or he “did this technique”, so I don’t even try to. No, I’ll just simply say that Quinn’s contributions are utterly phenomenal and thrilling.

Yet, as any great album requires, it is a collective effort that makes the band’s newest record such the radical sonic statement that it is. Jason Myers‘ and Jon Rice‘s own additions to these musical equations are fierce and fantastic, the chemistry this rhythm section has developed is essential. The pair provide both the foundation for all that transpires, as well as their own individual moments in the spotlight that leaves one awestruck.

Once we are into the latter half of ‘Goodbye Cruel World‘, we are treated to some of the album’s high points, beginning with the power ballad “Possessed By You“. Driven by chunky guitar riffs, the song provides one of the record’s best vocal performances from D’Cagna, in my opinion, yet it soon becomes a fading afterthought to what comes next.

“Antivenom” is a haunting duet – one that features Katharine Blake of Mediaeval Baebes joining Andrew – and it provides emotionally intense six-plus minutes where all the members of ICARUS WITCH leave their identifying musical mark. Lukas’ guitar emits striking fret based manipulations, ones so effectual they resonate within your very being with each chord struck.

The final track eventually arrives with the befitting title “Until The Bitter End“, another brawny song with riveting guitars and winding rhythms. Both things interweave themselves throughout the song like a coiling serpent, while another top-notch vocal delivery narrates us along their path.

For a longtime ICARUS WITCH fan like myself, just the fact that the band is back with a new offering in 2018 is exciting! Then, factoring in other aspects, like the latest incarnation of the band itself, and the strength of this album, it all has a tendency for mind-blowing euphoria. Rest assured, this is not merely either hype nor hyperbole, it is a fact set in stone, or branded into the flesh, and one that you too shall come to know.

The studio resurgence of ICARUS WITCH, ‘Goodbye Cruel World‘, is most definitely a milestone record for the band. It’s as much a reinvention as it is a return. Any fan of classic metal bands ranging from the previously mentioned Judas Priest, to (early) Queensrÿche, Sanctuary, Helloween, or Primal Fear, should quickly gravitate to this album.

Riff Relevant invites you to experience it now, via the stream provided above, or head to Bandcamp [HERE] where it is also streaming and available to purchase.