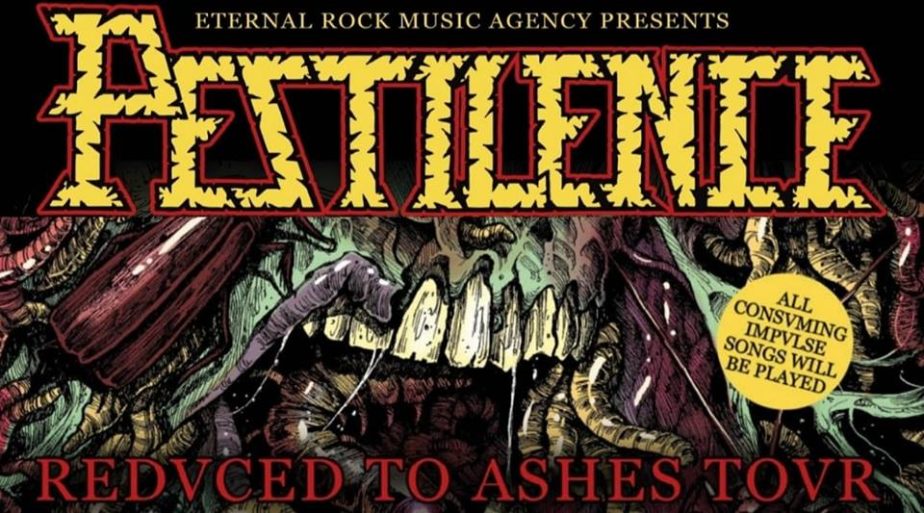 ‘Consuming Impulse‘ was unleashed through R/C Records (a subsidiary of Roadracer Records), and ultimately went on to become one of extreme metal’s most significantly influential albums in the years since. With its savage, down-tuned guitars, bombastic drumming, and, of course, Martin Van Drunen’s signature acidic-throated vocals, the record is considered an essential component of death metal history.

The “Evrope Redvced To Ashes Tour 2019” will see this iconic act playing all the songs from ‘Consuming Impulse‘ (streaming above) to celebrate the album’s milestone 30th anniversary. Not just merely playing these songs either, but playing them in the originally intended state of D downtuning.

You can find the trek’s itinerary below, along with the tour poster featuring the incredible artwork of Roberto Toderico. More dates are expected TBA soon.

In related news and in case you missed it, PESTILENCE has just released the ‘Prophetic Revelations 1987-1993‘ Box Set. It contains the band’s first four album releases, as 180 grams Picture LPs in a high-quality box, with several special extras added. It is a one-time limited release of 1.000 copies worldwide and available NOW from Hammerheart Records [HERE].