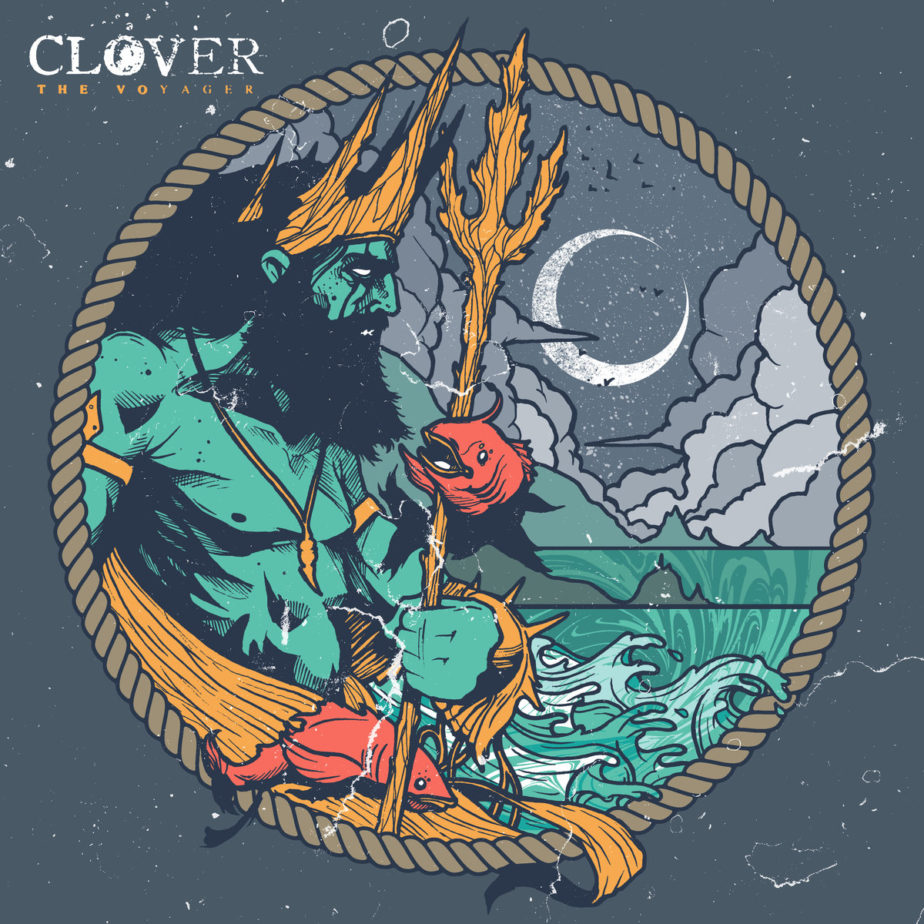 The Kingston, New York trio CLOVER return with ‘The Voyager‘ EP, the anxiously anticipated follow-up to their 2016 sophomore outing, ‘Exile’.

The guys – Michael Guthaus (vocals/bass), Anthony Mackey (guitar), and Steve Pasqua (drums) – recently revealed that they undertook a whole new approach to this recording. Guthaus summed it up like this:

“We decided for this record that we really wanted to focus on quality rather than quantity. Having released 2 full length albums in the past 5 years, we have noticed that there were a few things on both records that we were not 100% happy about that sort of just slipped through the cracks. For this record, we spent a considerable amount of time going over these 5 songs and making changes to them months, even years, after the first drafts were originally written.

Most of the songs were written in 2016 and the early portion of 2017 with us just spending the greater portion of the past year fine tuning them, and reworking them to make them even better than when they were originally constructed. For example, if you were to listen to the song “Fortress” now compared to how it sounded in 2016 when we originally wrote it, it sounds almost like a completely different song!“

That new mindset toward their music has produced quite incredible results for the CLOVER crew, as evidenced on ‘The Voyager‘. The EP’s title is rather appropriate too, for the five songs provided on this record possess qualities that befit a journey of exploration and refinement.

It is one that begins with the incendiary metallics of “Aberdeen“, a pummeling sonic discourse structured around precision-guided aggression. With a subtle, quaintly melodic intro to open things, you get lulled into a state of tranquility at first. Spoiler: It doesn’t last… at about one minute in, a discharge of chaotic hardcore is expelled via rapid-fire drumming and vocals so acidic they could peel paint.

A wide spectrum of aural angst is unleashed but ever-present, right beneath its surface, are some powerfully alluring, post-metal style guitars. They provide a stark contrast to the other contents of the track that are raging like an inferno all the while.

The best term to relay much of this EP’s music is “dynamic”, such that channels a constant duality within it. Songs like “Fortress” and “Vessel” exude such harshness that it feels lethal, yet tempered with melodic fluidity rippling right beneath its hellish exoskeleton.

I particularly enjoyed the pair of tracks that eventually will bring things to a close, “Adrift” and “The Gatekeeper“. The former’s ceaseless barrage of dense, cascading doom is an ideal precursor for the even more fatalistically savage end piece, “The Gatekeeper“. Yet again, it serves us a musically alternating current of abrasive, hostile moments interchanged with slightly more sedate nuances.

CLOVER do indeed traverse varied planes within the sonic spatial of ‘The Voyager‘ EP, ones attached with such markers as progressive doom or atmospheric sludge. You can stream the EP above in this review or travel over to Bandcamp [HERE] where it also available to stream and purchase.