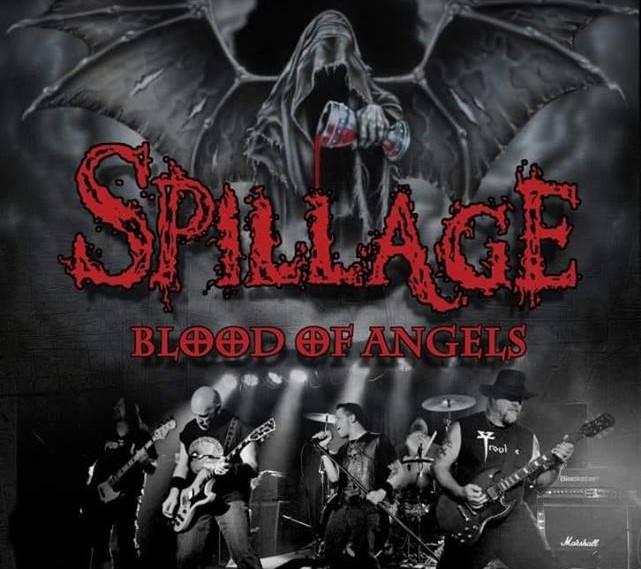 The Bruce Franklin (Trouble) produced full-length, ‘Blood Of Angels‘, is set to arrive on January 11th, 2019, from No Dust Records / Qumran Records. The new album is the anxiously awaited follow-up to SPILLAGE‘s self-titled début, released in 2015.

If “Rough Grooved Surface“, the first single to arrive from the album, is any indication, the current incarnation of the band – Elvin Rodriguez (vocals), Tony Spillman (guitars), Nick Bozidarevic (guitars), Billy McGuffey (bass), Chris Martins (drums), and Paul Rau (keyboards) – have definitely found their very own groove. The song is a slow-boiling stew of sweltering guitar riffs backed by an inferno of rhythmic accents and simmering keys, all topped off with Elvin’s signature, solid vocals.

Check out the song below, along with the ‘Blood Of Angels‘ album artwork (created by bassist Billy McGuffey) and details of upcoming shows with SPILLAGE. Location-based pre-order links are: