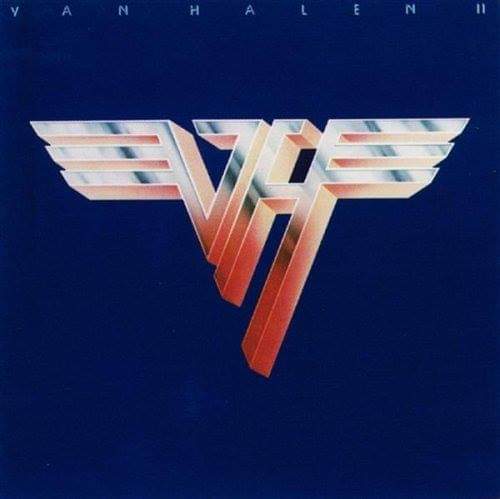 What VAN HALEN achieved in the late ’70s is easy to underestimate 40 years down the line.

But after punk kicked rock music in the nuts and questioned if there was anything of value left in the genre, the emergence of this little four-piece from Pasadena, California was just what the doctor ordered to fix what was ailing popular music at the time. Led by a guitar virtuoso, who proceeded to make the biggest impact since Hendrix, and the biggest mouth rock music had ever seen, VAN HALEN was the antidote to punk’s minimalistic aesthetic, reveling in maximized values, especially fun.

The band’s first album was a groundbreaking hit that set the world afire, with both its white knuckle guitar acrobatics and a firm grasp of what it took to make great songs. But the old adage says “you have your entire life to create your first album and two weeks to write your second”, and VAN HALEN was no exception.

Luckily, Eddie and the boys had enough material in the can to ensure there was no dreaded “sophomore slump.” All the qualities that made the début such a success were still here. The charisma of David Lee Roth and inventive riffing of Eddie Van Halen still at center stage, as they should be, the rhythm section of Alex Van Halen on drums and bassist Michael Anthony airtight and bumping, and the backing vocals of Mike and Ed once again eliciting a smile whenever they appear. Eddie’s guitar tone and playing are just as monstrous as was on the first outing, but sounding even more off the cuff and immediate.

The album improbably kicks off with a Linda Ronstadt tune (“You’re No Good”) that was a holdover from their club days and shows the band’s ability to put their stamp on other artist’s material. “Dance the Night Away” front-loads the album with the poppier side of the band, but you’re unlikely to hear many complaints, the song is so hook-filled and buoyant that only a curmudgeon would gripe about it. Besides, the unabashed rock of “Somebody Call Me a Doctor” blows away any possible reason for concern; Eddie’s high-wire guitar and Roth’s master of ceremonies magnetism showing themselves full monty.

The middle portion of the album is one of the greatest sources of deep cuts in the band’s entire career; songs that the casual fan may have passed over in favor of the hits, but a treasure trove for those looking to dig deeper. “Bottoms Up” sports some of those aforementioned vocal harmonies that are unmistakably VAN HALEN and a typically ripping solo by Ed. “Outta Love Again” might be my favorite track on the entire disc, filled to the brim as it is, with everything that made Roth-era VAN HALEN such a beguiling experience – Roth’s siren wails, Alex’s pounding drums locking in with Eddie’s groove-tastic guitar rhythms, and Michael’s elegant bass lines that help anchor the whole damn thing.

“Light Up the Sky” and “D.O.A.” are two more underappreciated rockers, sandwiching the classical guitar brilliance of “Spanish Fly”, Eddie’s next salvo in his bid to make every other guitar player put down their instrument in abject defeat. This was at the height of Eddie’s almost mythical reign as the baddest guitarist on the planet, every song sending the brave and the foolhardy alike to the woodshed in the hopes of deciphering and potentially capturing some of the young guitar god’s fire and innate musicality.

“Spanish Fly” was the much-anticipated sequel to “Eruption”, and it silenced any naysayers who thought it was the souped-up Marshalls that were what made Eddie special. Nope, in just over a minute, with only a nylon string guitar at his disposal, Ed makes another guitar statement that would reverberate with players for years (even decades) to come. It’s a jaw-dropping flurry of slurred notes, blazingly fast picked scalar runs, harmonics, and of course a tapped sequence that once again showed him to be THE preeminent shredder of the time, no question.

As mind-blowing as the solo guitar track was, the chiming opening of “Women In Love” gets my vote for the loveliest thing Eddie ever performed. Only lasting 30 seconds, the unaccompanied intro is so lush, creative, and ALIVE that you can’t help but enjoy the rest of the song AFTER you’ve rewound the tape (or ya’ know, whatever) a dozen times to soak up the brilliance on display. And what do you know, the remainder of the track is none too shabby, another classic that would make any diehard fan lose their minds if it was played live today.

The album ends with “Beautiful Girls”, another sunny, toe-tapping song that epitomizes what VAN HALEN was all about, the listener instantly transported to a beach on the Pacific for a bit of fun and frolic. This album showed that the début was no fluke, VAN HALEN ready to take over the world, and damn near did over the next several years, the band oozing charm and unpremeditated genius.

The original lineup remains THE rock band of choice for many discerning fans, and albums like this go a long way towards backing up that choice. Mainstream rock has been on life support for quite a while now, but it’s my hope that this album can act as a defibrillator to revive what has become a lost art form. To help celebrate its 40-year Anniversary, I say to raise this flag as high and as often as you can and see who salutes it.