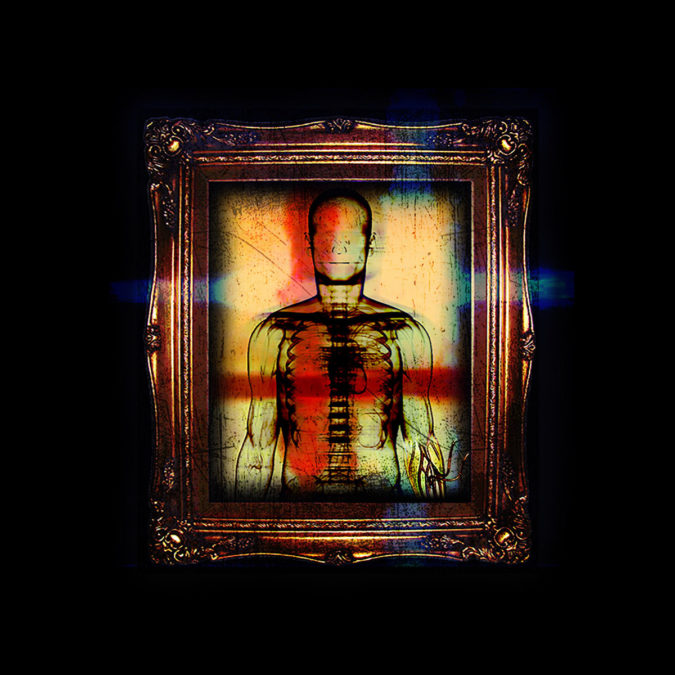 The end of March 2019 means the manifestation of the newest recording from Alabama’s atmospheric, psych-doomsters EMBER, their four-song ‘326: Spiritual Dialysis‘ EP.

The recording’s title has special significance, but let’s momentarily wait to address that. Instead, we will mention that the new EP was recorded by EMBER‘s mainstay couple and now lone members, Crystal and Eric Bigelow. Not by themselves though, as they returned to Georgia’s Ledbelly Sound Studio to once again work with Matt Washburn (Artimus Pyledriver, Mastodon). In 2017, Riff Relevant documented, with Washburn, the recording of EMBER‘s previous ‘271‘ EP effort in a series of videos, which you can view starting HERE.

On a personal note, let me say how happy I am to be carrying out this particular review, as 2018 was a year of trials and tribulation for EMBER, specifically The Bigelows. After the critical accolades of the ‘271‘ EP, EMBER experienced a departure of members resulting in a revolving door situation for a period, yet one that surely paled in comparison to the stress and hardships underwent when Eric’s kidney disease progressed. Despite the circumstances, the ordeal seems to have galvanized Eric and Crystal with an unwavering determination to construct these songs and then record them with Matt.

Mission accomplished! Much more than merely accomplished, as EMBER rose against some daunting challenges and stepped headlong into them with the determination to overcome. Now, we are the ones getting the opportunity to weigh the substance of the ‘326: Spiritual Dialysis‘ EP (see the significance of the title now?). If you liked the earlier output from EMBER, then I dare say that you are going to find yourself utterly enthralled by this latest aural adventure!

Also, I would be negligently amiss if I failed to mention that all digital sales of the ‘326: Spiritual Dialysis‘ EP go directly toward the medical bills incurred treating Eric’s kidney disease.

Taking the creative reins solely into their hands, Crystal (vocals) and Eric (drums, guitar, bass) exercise full command of their creative spirits and achieve remarkable results, beginning with the lead-in track, “Duster“. There is an ominous vibe staked out in the first few seconds of the song, during an intro that sounds like shoveling amid blowing winds (to me), and soon accompanied by a rumbling bassline. Things slowly unfurl, gradually and prolonged, as a gargantuan guitar riff rings out, tension building thicker and thicker all the while. A break-point is reached as an oozing deluge of slow, harrowing doom music cascades over the listener, drums thundering away on its back-end as Crystal’s signature, beautifully operatic vocals arrive.

The second song “Haze” is up next, but not before a spoken word sample delivers a brief sermon culled from “The Gospel According To Government“, a scripture-like extolling of blind subservience to federal authority. I found its tenets to be quite intriguing, but I am glad it is a surreal, imaginative reading due to its demand that subjects relinquish free will and individual thought.

Once that ends, EMBER immediately thrusts the song upon us where a rising, groove-fueled barrage of funeral doom is discharged before Crystal is cued. Her vocals take the forefront, as the instrumentation is ratcheted down and then out, save for the occasional shuddering bassline bursting forth in the verses. This does become a number of pure, sweltering, southern doom and boggy sludge, accentuated by drumming inserts that are the equivalent of a wrecking ball with soaring vocals.

At nearly eight minutes running time, the longest song on the EP takes an extremely dark turn about mid-way as an unholy, drawn-out, and repetitive riff trudges along by its lonesome, for the most part. Unholy it is, too, that musical passage seemingly a summoning of something wicked that this way soon comes, once Eric begins to give unsettling black metal style vocals.

Now arriving at track three, where the sound of raging flames amid some odd, distant sonic manipulations soon relent to an isolated, droning riff to begin “Lovepang“. It sinks deeply, like a hook into your jaw, then proceeds to pull you in as Crystal’s vocals are integrated, then soon met by sparse gutturals from Eric. The track was recently given an official video treatment that we have included below.

“Pale Blue Kiss” is the fourth and final song… and let me tell you, if you thought any or all of the previous three were providing some solid doom, you have not heard anything yet. The crushing advance of this lumbering, audio monstrosity, one getting underway after another mood-setting intro snippet, begins with a straight-up, Tony Iommi style riff. Down-tuned and dense, bluesy and immense, it is exactly what retro doom is all about. This one is soon accompanied by the full weight of the overwhelming instrumentation that merges with it, the mass of its matter bludgeons and batters all before it.

Crystal provides some of her best, emotion-inflected vocals yet, ones that dance lighter than air upon the heaving bleakness beneath them. That pairing is akin to a Yin and Yang type dichotomy, two distinctly different things that, by all rights, should exist in complete opposition to one another. But no, that is not the case here, nor is it ever the case at any point upon this record, for EMBER provides the uniting of opposites, the melding of seemingly contradictory elements sans any conflict. Instead, and this may properly sum up the whole of this latest music from EMBER, they exist in complimentary accord and harmony.

The ‘326: Spiritual Dialysis‘ EP from EMBER will be released on March 26th. You can find it at Bandcamp and remember, all sales of the digital format go directly to paying Eric’s medical bills.