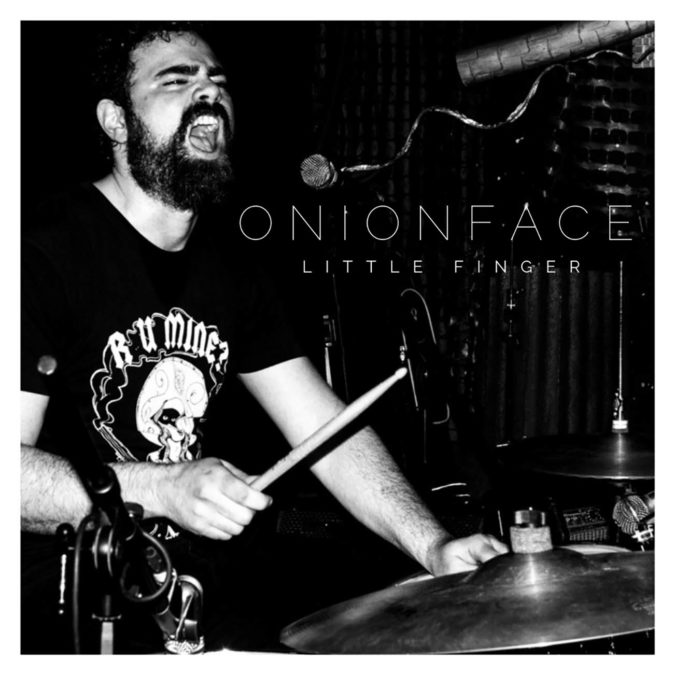 The performance clip was filmed live at Wolf Lake Studios in Lac-Des-Loups, QC, shot by Jeff Watkins in stark black and white highlighting the group’s live presence, with audio recorded by Mike Bond. According to the band – Stefan Jurewicz (vocals, guitar), Calvin McCormick (bass), and Jon Schultz (drums) – the new song was “inspired by a film starring Grace Kelly.” As listeners will hear or viewers will notice, it contains the hysterically riotous lyrical chorus “I don’t wanna marry Grace Kelly!“

A seeming reference to actress Grace Kelly’s marriage to Prince Rainier III of Monaco in 1956, the ONIONFACE guys share the following insight about the song:

“Inspired by a film starring Grace Kelly, Little Finger is one of those songs that seemingly wrote itself, and really hasn’t changed much since we wrote it. It’s become a favourite of ours to play, and is quickly becoming a fan favourite as well. With a chorus of ‘I don’t wanna marry Grace Kelly,’ we decided April 18th was an appropriate date for the release, as it’s the anniversary of Grace Kelly’s wedding to the Prince of Morocco and we think we’re funny.”

Check out the “Little Finger” video below, along with that for another song performed during the same session, “The Wolf”. Also included is a stream of ‘Roll Over, Dog… And Run‘, the 2017 full-length début from ONIONFACE.