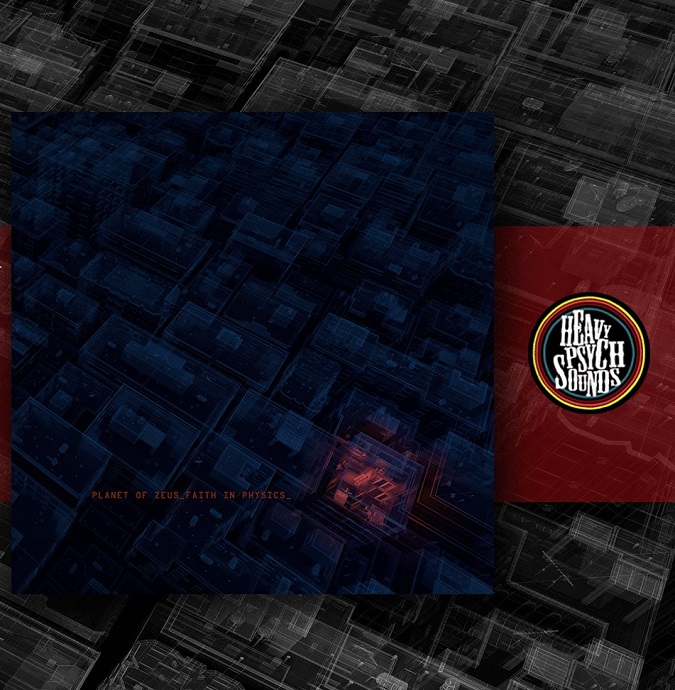 The Athens, Greece heavily fuzz rocking quartet PLANET OF ZEUS are nearing their 20th year of existence and seem to have zero intentions to slow down.

Since 2000, the band has extensively played live throughout those almost double decades. Their raw, sincere and constantly evolving live performances have secured them a loyal, hardcore underground following. After seven consecutive European tours, including supporting (one of my personal favorites) Clutch on their 2015 Psychic Warfare European tour, as well as several festivals (Graspop, Bloodstock, etc.). PLANET OF ZEUS continues touring and performing, including this weekend’s Ziria Festival in Greece [info] and the upcoming Heavy Psych Sounds Fest Dresden in December [info].

PLANET OF ZEUS has steadily released a succession of five albums, starting with ‘Eleven The Hard Way‘ in April 2008, through Casket Music/ Copro Records (UK). Following that is their sophomore album ‘Macho Libre‘ in May 2011, through B-Otherside Records. With their third album, ‘Vigilante‘ in 2014, via ihaveadrum records, the band upped the ante and created their own distinct blend of riff-heavy, groove-laden rock ‘n roll. In 2016, they released their fourth album, ‘Loyal to the Pack‘ (also via ihaveadrum records), quickly becoming the band’s best selling release. In 2018, they released their first live album, ‘Live in Athens‘, which featured a best-of selection of songs that showcased the band’s songwriting evolution and managed to capture their undeniable on-stage chemistry.

Next month, on September 27th, 2019, PLANET OF ZEUS ups the stakes even further with a new album ‘Faith In Physics‘ out via Heavy Psych Sounds Records. Nine songs of rather riveting heavy rock fully marinated in fuzz, sautéed in groove, then topped off with some not-so-timid crunch. The opening track “Gasoline” we have for you today by way of an exclusive premiere in a YouTube audio stream below. They’re not screwing around, a sweet temptation of an intro pulls you in before they go full-on blast out into the vocals and beyond. It’s a damned catchy song, the progression and changes are a smooth and sexy build up and refuse to relent straight through to the end.

The band commented about the new song:

“Addiction is a major refuge from modern living’s bullshit and this is song is all about it. Don’t let the ‘artistic’ intro fool you, this tune is fierce and raw, just like addiction.”

Once track two “Man vs God” kicks in, you’re already fully enmeshed into the head sways before the slightly ethereal and harmonized vocals start. The double crush between this song and the next – “The Great Liar” – show these gents demonstrating just how strong a handle they have on songwriting. They damned sure know how to tantalize you with a grinding pace of smooth grooves, right before they let loose an onslaught of monster riffs and hooks, then right back into a total lock into creating an emotive response out of you with both subtlety and finesse.

With song four “Revolution Cookbook” (streaming below via Bandcamp) and five “All These Happy People“, these four conductors of calamity are done teasing your senses. They’re simply going to destroy them note by note. No questions are entertained, no choice given on your part.

As far as the remaining songs or ‘Faith in Physics‘ as a whole, I have only six words. This is a goddamned great album.

The ‘Faith In Physics‘ album was recorded in Autumn 2018 at Villa Giuseppe Studio (drums), Planet of Zeus’s studio (guitars and bass) and Kiwi Studio (vocals) in Athens, Greece. It was produced by Planet of Zeus and recorded, mixed, and mastered by Nikos Lavdas. The album artwork was created by Aristotle Roufanis Studio. The album will be available in physical format on vinyl LP, CD, and through most digital streaming outlets. The physical options are as follows:

The full ‘Faith In Physics‘ album is set for release Friday, September 27th. Heavy Psych Sounds Records has the album available for pre-ordering through the label’s Bandcamp page or on their webstore.