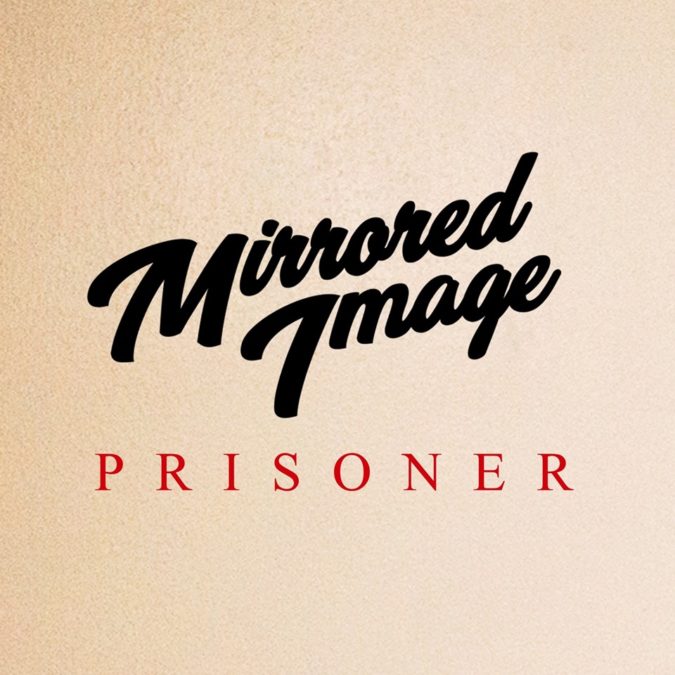 In my opinion, one of the greatest qualities about Riff Relevant is our collectively shared appreciation for a wide swath of differing musical styles and genres.

I cannot reiterate enough how I espouse a need for diversity to whomever will listen, and how musicians seem to better excel at their craft when they draw water from a variety of wells, so to speak. Ask any of the “greats” you know or encounter and more than likely they will wholeheartedly endorse this notion. So, with this liberating approach providing the wind at my back, I move forward, delving into May’s sophomore full-length offering ‘Prisoner‘ from Kentucky’s MIRRORED IMAGE.

If the band’s name sounds familiar, perhaps it is a stirring of your memory, one recalling that a review of their previous release ‘The Pursuit Of Happiness‘ ran HERE in July of 2017. I must say, in the time between these two albums materializing, MIRRORED IMAGE has clearly undergone some principle alterations in their music. Don’t get me wrong, the band still emit melodically atmospheric passages in their songs, at least periodically, but one thing is unquestionably revealed in the first few moments of playing the ‘Prisoner‘ album.

Curious yet? Well, “Just Tell The Story“, it is the introductory number that instantly reveals an altogether different sound to MIRRORED IMAGE compared to the prior record. A lot of it is due to the prevalent presence of synthesizers interjected into things right away, alone they chirp and bubble up to bring forth the accompanying instruments. Stepping straightaway into a tight-knit groove, there is a distinct energy rippling through the song, all of which is nearly impossible not to like. This includes the stroll down the carnivalesque midway, um, mid-way through the song.

So, when it comes to the already myriad styles of music the MIRRORED IMAGE outfit wields, we can add New Wave to the list, but there is “More“, literally. The second track sends forth a feel-good vibe of levity, rolling right along as if lighter than air itself, the music and vocals dancing upon the invisible ether that bears it. Truth is, these qualities are repeating ones, a euphoric lean if you will, and one that is constantly in play.

See, MIRRORED IMAGE appears to have expanded in other areas, like the band’s roster that has gained a player since the band’s initial offering. The quartet from that release are back in full as Dylan Belcher (guitar / vocals), Mark Chaney (guitar / vocals), Elijah Purvis (bass), and Evan Compton (percussion) are here again, but there is new blood with Jake Ratliff (drums, percussion, synths, programming) now in the fold.

These new songs incorporate an abundance of electronica and it definitely adds extra dynamics to songs like “Klingon War Dance“, “Control“, or “This Is It?“. What results within them are significantly more commercially appealing compositions, ones that possess an almost dance track-type quality, and yes, I believe I may have even recognized some auto-tuned vocals in “This Is It?“.

Some of those more marketable characteristics permeate a song like “Girl Sox“, the uptempo cut that closes out this album. On the other hand, there are also tinges of psychedelia, shoegaze, and EBM (Electronic Body Music) which contains synth-punk, disco, and industrial elements.

Two of the highlights here are the title track, “Prisoner“, an alternating swirl of accelerating surges and semi-ambient spells within a piece reminiscent at points of Flock Of Seagulls. The other, “Feel Better“, is slightly headier at times, its organ parts rendering a much better feeling Sixties nuance to the music. Yes, you read that previous line right, I did reference Flock Of Seagulls, and will add that moments comparative to Duran Duran, Depeche Mode, or Tears For Fears are also present.

No big secret that the ‘Prisoner‘ album from MIRRORED IMAGE is not going to be everyone’s cup of tea, and hey, that’s just fine, really. As I said at the start, diversity is a talent more times than not, one that some people have while others do not. To be clear, I am not knocking anyone, for in my outlook, I practice the old “to each their own” mantra and support your right to like or dislike whatever you wish… and I expect the same consideration in return. Stream ‘Prisoner’ in this review or visit Bandcamp for further streaming, as well as purchase options, at this LINK.