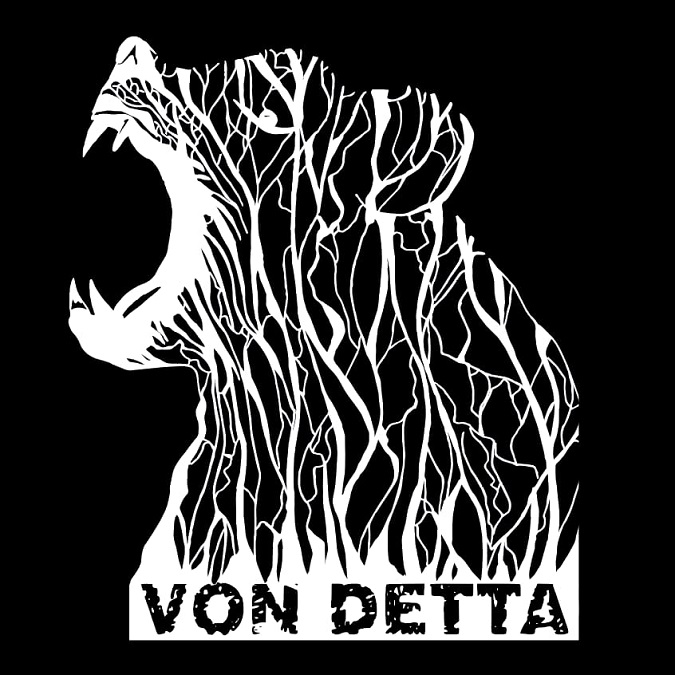 Hailing from Ghent, Belgium, VON DETTA started out in 2013, as a riff-based groove quintet. Their initial release, the EP ‘Exit Grand Piano’, came about in 2016.

Now with a new vocalist, VON DETTA is still a band of five, dealing you out a stacked new hand. Their second release ‘Burn It Clean’ is all about five distinct pieces falling nicely together as one. The first single “Devil’s Child” was released as a video a month or so back [here]. Today we have for you an advance stream premiere of the ‘Burn It Clean‘ album in its entirety, streaming on Bandcamp below.

With their pure and powerful rock, VON DETTA is serving the groove and saluting the melody. The band’s subtle influences of the gritty 90’s era are seasoned with a twisted, modern feel to create their individual sound. To make things clean, one must burn away the filth… with ‘Burn It Clean’, VON DETTA and Polderrecords are set to release this new EP to captivate your musical senses.

Being both raw and elegant, rough and sublime, ‘Burn It Clean’ comes with a soulful lasting echo. The six songs are one rip-roaring episode after another straight from each of the band members’ lives. A soundtrack reminiscent of the battles between your inner angels and demons.

From track one “Reach Out“, VON DETTA throws you several surprises along the way just within that single opening track. The vocals are deceivingly calm, then from left field, the rasping roars attack your senses. With “Thanks For Your Time“, its churning rhythms are somewhat eerily in stealth mode, steadily slow-building and encircling you up to the crescendo.

“Devil’s Child” (video also below) is both a catchy and provoking tune, in a seemingly one-sided conversation on the end result of a relationship from someone who has whole-heartedly reached a self-preserving decision. It’s one of my favorites of all the tracks. However, the spectral simplicity of the final song “Masterplan“, from the opening guitar work and subsequent fake-you-out intro up to the 1:25 mark, then that sole bassline into the true start… that just screamed the goosebumps right out of me. We won’t mention that exquisite piano… I’ll leave that for you to discover.

While the band’s sound spans across genres from stoner rock to a more polished hard rock, back into softer heavy blues, then dives into menacing grunge and full-throttle vocal realms, the music never seems disjointed or half-hearted. They don’t seem to be trying to hit any specific arena, it’s simply solid songwriting that takes itself where it wants to go. It works, quite naturally complex without going beyond what feels right.

‘Burn It Clean‘ is available September 13th from Polderrecords. The limited-edition 12″ Vinyl release is on high quality 180g vinyl, with a hand-numbered, 350g heavyweight matte cover jacket and black inner sleeves. All copies come in a reusable polybag with a label sticker and digital download code.

The EP is also available on CD in a limited digipack edition of 500 copies, as well as on all major streaming platforms. Limited vinyl and CD physical formats pre-order is happening now on Polderrecords website. Digital pre-orders are available at the band’s Bandcamp. The band also has several upcoming live shows, those dates are listed below.