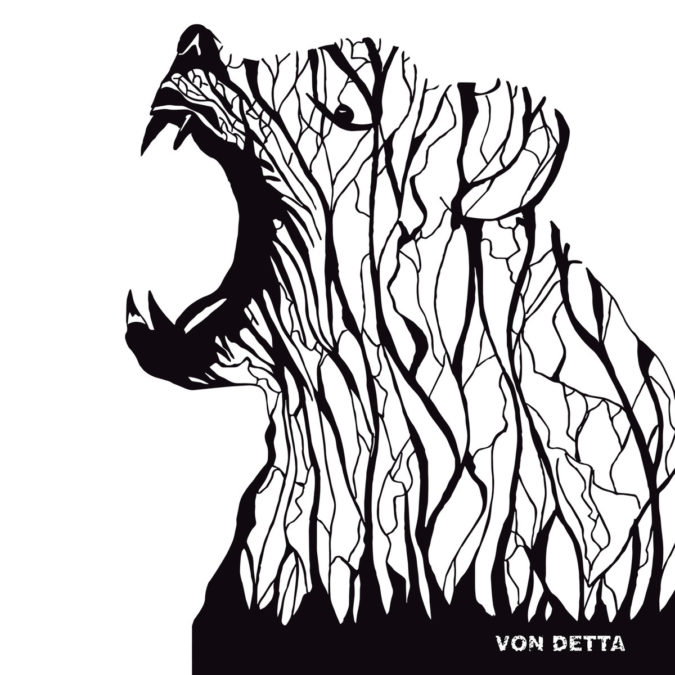 Some buzz from Polderrecords on a new release coming next month. Hailing from Ghent, Belgium, VON DETTA started out in 2013, as a riff-based groove quintet.

While celebrating their love for old school rock ‘n roll, their 2016 EP ‘Exit Grand Piano’ release came soon after, as the band’s first piece of recorded work. Life as it comes forced the band to reshuffle the card deck. While working on new material, the essential foundations of the band started to shake. Now with a new vocalist, VON DETTA is dealing out a stacked new hand.

Their second release ‘Burn It Clean’ is all about five distinct pieces falling nicely together as one. The first single “Devil’s Child” is here for you in an official video to introduce you to ‘Burn It Clean‘, with the song also streaming on Bandcamp.

With their pure and powerful rock, VON DETTA is serving the groove and saluting the melody. It’s a trip down good ol’ memory lane to throw your mind back towards the gritty sounds of the 90s. The band’s subtle influences of that era are seasoned with a twisted, modern feel to create their individual sound.

To make things clean, one must burn away the filth… with ‘Burn It Clean’, VON DETTA and Polderrecords are set to release this EP to captivate your musical senses and stir up the groove. Being both raw and elegant, rough and sublime, ‘Burn It Clean’ comes with a soulful lasting echo. The six songs are one rip-roaring episode after another straight from each of the band members’ lives. A soundtrack reminiscent of the battles between your inner angels and demons.

‘Burn It Clean‘ will be available on September 13th from Polderrecords. The limited-edition 12″ Vinyl release will be on high quality 180g vinyl pressed in Belgium (from Dunkpressing), with a hand-numbered, 350g heavyweight matte cover jacket and black inner sleeves. All copies come in a reusable polybag with a label sticker and include a digital download code.

The EP will also be available on CD in a limited digipack edition of 500 copies, as well as on all major streaming platforms. Limited vinyl and CD physical formats pre-order starts September 1st on Bandcamp or Polderrecords website [HERE]. Digital Pre-order is open now on Bandcamp [HERE]. The band also has some upcoming live shows, those dates are listed below.