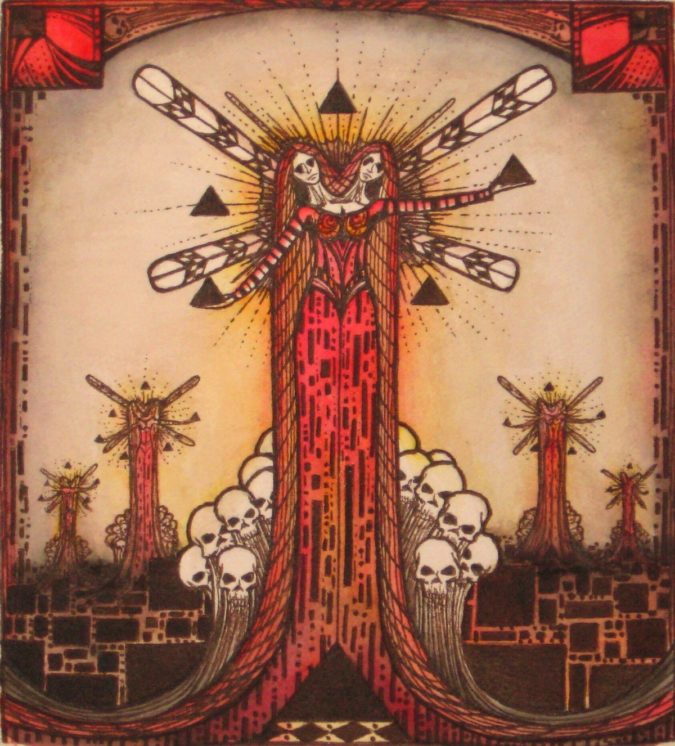 The stoner metal collective BLACK PYRAMID will be returning to Europe for a short run of dates to celebrate the 10th anniversary of their self-titled album. They’ll be performing tracks from ‘Black Pyramid‘, as well as some new material from their forthcoming release!

Formed in Massachusetts in 2007, BLACK PYRAMID play doom metal with the rumbling down-tuned tones of stoner rock gods, melded with the epic arrangements of old school metal acts. Add to the sonic brew beautifully executed forays into vintage psych and progressive rock, along with apocalyptic lyrical ravings about war, the occult, and alienation, and you’ve got yourself an accurate montage of what the band is all about.

Starting off in Munich, Germany on October 12th, the band will hit nine dates, including Keep It Low and Into The Void festivals and wrapping it up October 20th with an appearance at Desertfest Belgium.

Better yet, hear it straight from the band:

“We’re extremely excited to be traveling overseas to slay the Sagittarius at so many epic shows and festivals with an army of bands who we’ve come to know, love, and respect. It’s an honor and privilege to be sharing the stage, and it’s going to be super groovy checking out some of the bands that we’re not so familiar with.

It’s also an honor and extremely humbling that the debut Black Pyramid album, which is officially a decade old, is being recognized as a classic of the psychedelic war metal genre. To celebrate, we’ll be playing some of our favorite songs from that first album with all the ferocity and passion that you’ve come to expect from a Black Pyramid performance.

Along with those fan favorites, we’re going to be premiering some brand new material from our new album that we’re currently writing. It’s going to be an amazing experience for all in attendance! We’re looking forward to seeing all of you freaks and heads out at the shows, we’re going to tear it up and it’ll be radical!”