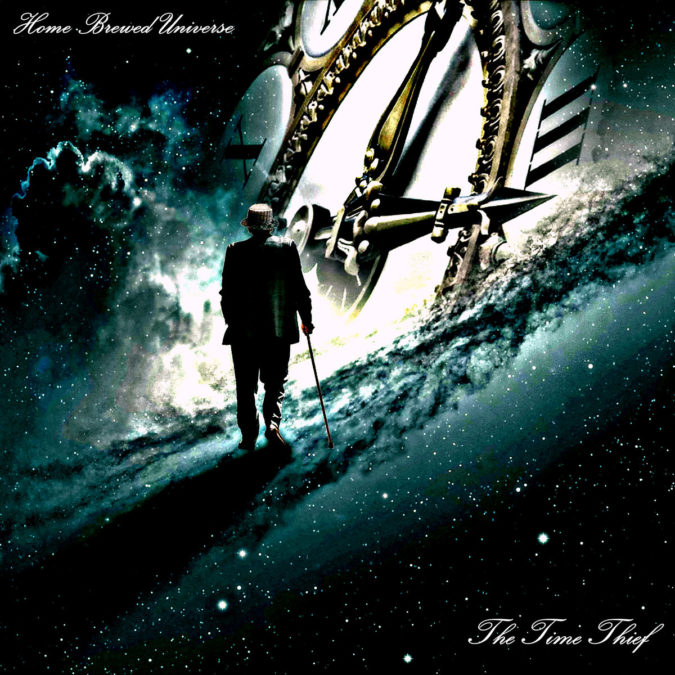 Our never-ending quest to discover or simply deliver the finest aural entertainment unto the masses brings us to where we are today.

Hailing from Hyderabad, India, HOME BREWED UNIVERSE is the project name adopted by creative mastermind, Arka Sengupta. The term “mastermind” is not applied without validation, for Arka is no novice recently arriving at the decision to make some noise… far from it. With several albums, EPs, and singles released via HOME BREWED UNIVERSE in the span of two years, he is a fluent force in experimental audio.

Make no mistake, this is the epitome of experimental; these uniquely atmospheric, instrumental constructs weave progressive elements amid textural post-rock. Certain aspects of this are familiar terrain for Sengupta, who also writes and crafts ambient material under the identity of Mixtaped Monk. Yet humans are creatures of their surroundings and by his own admission, Arka felt the inspirational flow fueling Mixtaped Monk productivity had ebbed.

No longer able to remain solely in a state of positive peacefulness, the induction of heavier vibes resulted in a transformation. HOME BREWED UNIVERSE materialized and a quest into a different musical terrain began. Fast forward through the previously mentioned two years and we are now at the point where a newly recorded work is upon us.

‘The Time Thief‘ is the conceptually themed, third full-length album from HOME BREWED UNIVERSE, due to arrive January 8th, 2020. Containing ten otherworldly compositions translating a tale inspired by science fiction, the comic book universe, and time travel, this multilayered story unfolds through multifaceted music. ‘The Time Thief‘ is the unraveling drama of an average every-man that falls victim to a freak accident involving chemicals. Once revived, he discovers he has gained incredible powers and in time, learns the magnitude of what he wields; the ability to manipulate time and siphon it from others.

Able to travel among the threads of Time itself, while stealing it from the living, our protagonist is able to exist in multiple planes of existence simultaneously, but there is a downside to these things. Family, friends, and loved ones no longer recall his existence and soon, he has disrupted the balance of all things. This draws the attention of The Joker, an extraterrestrial being who must come to Earth and cease the actions of The Time Thief.

Today, Riff Relevant is pleased to present our premiere of “He Who Cannot Be Remembered“, a song evoking uplifting emotion within its airy passages. Harmoniously, it propels the listener through imagined reflections of an externalized existence, the song’s organic and electronic elements merged into one fluidly effective listening experience.

Stream the video song now below, along with the previously released track, “Loop In Translation” via Bandcamp. ‘The Time Thief‘ from HOME BREWED UNIVERSE will arrive January 8th; pre-order is available at this [LINK].