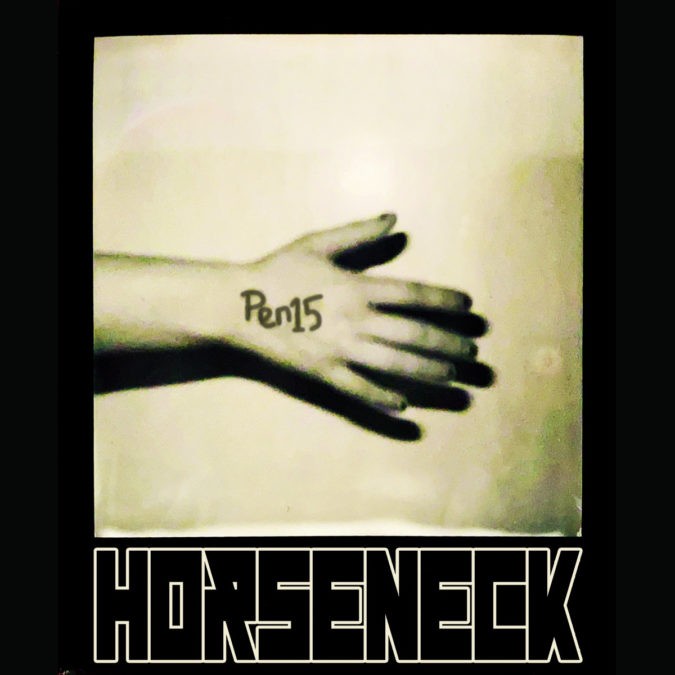 Entitled ‘Fever Dream‘, the full-length effort will see an independent release on February 21st and contains eleven tracks of caustic sonic mayhem. Much like its title implies, the record is a darkly hued melding of bewildering elements, from the manic to the melodic. Like its predecessor, 2017’s ‘Heavy Trip‘, the imminent album delivers a chaotic juxtaposing of spastic noise metal alongside weighty, yet sedate spatial placements. This is all compounded by the band’s unorthodox use of horns and keys to great effect.

Engineered by the band’s own Lance Jackman at The Dock in Sacramento, California; with mix and mastering by Eric Stenman (Will Haven, Far, Weezer) at The Appliantz Shop in Encino; ‘Fever Dream‘ finds HORSENECK pulling out all the stops. Determined to explore their songwriting deeper than ever before, they are assisted on the record with guest vocals from Grammy-nominated rock and roll pioneer Gary “U.S.“ Bonds and folk hero indie rocker, Jules Bee (Baenziger) from Sea Of Bees.

Accompanying today’s announcement are the particulars of ‘Fever Dream‘, along with the first single issued and streaming here, “Pen15“. The band – consisting of Will Haven guitarists Anthony Paganelli and Lance Jackman, current ‪Chelsea Wolfe drummer Jess Gowrie, and bassist Lennon Hudson – reveals there is now a more democratic process behind their songs.

“The song was written by all four members equally. Which is a fantastic way to write a song. It makes everything go so much quicker and easier. Lennon actually came up with a bulk of the lyric content. It has a sort of religious undertone but really the song is about being oppressed and held down. No one likes to be held down or held back. Being told what to do and think and what’s right and wrong. Never a good thing…”

Heavy with amplified aggression amid its hard-hitting passages, yet clearly defined nods of an experimental nature at points, this is HORSENECK doing what they do best. ‘Fever Dream‘ will be released on vinyl and digital formats on February 21st. See HORSENECK live at these upcoming shows: