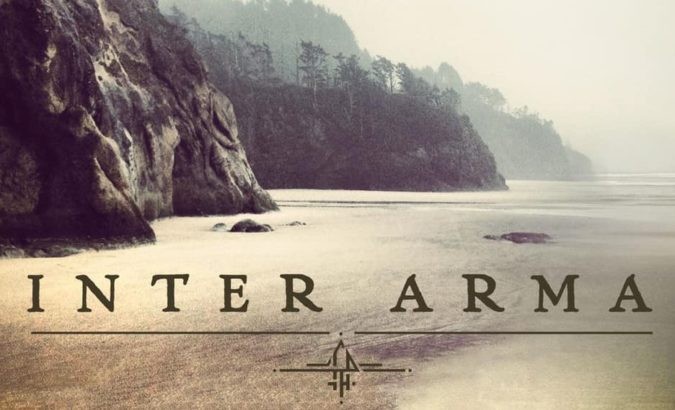 ‘Garbers Days Revisited‘ is the title of an upcoming covers album from the band, it will see release on July 10th from Relapse Records. INTER ARMA recorded the album last year in between tours supporting their critically acclaimed 2019 full-length, ‘Sulphur English‘. The new album’s title is a reference to the band’s former practice space, while its contents may be a surprise to many.

Eight songs originally performed by an assortment of artists some may not easily associate with INTER ARMA. From the likes of Prince or Tom Petty & The Heartbreakers to Hüsker Dü or Nine Inch Nails, the eclectic factor here is off the charts. Nothing validates this more than hearing it for ourselves and today we present the opportunity to do so, by means of the first song to be shared from the collection.

Longtime INTER ARMA fans should immediately recognize Neil Young’s “Southern Man“, a song the band has played in their live set for years. They comment:

“Inter Arma as a whole are massive Neil Young fans. ‘Southern Man’ has been a staple of our live set for over a decade and we finally got around to putting it to tape. We hope you enjoy our spin on this timeless, and still extremely relevant song.“

‘Garbers Days Revisited‘ provides a time relative glimpse into the formative influences upon the INTER ARMA membership. The album was tracked at Dark Art Audio in Madison, Tennessee and it provides a more in-depth understanding of the music that inspired and influenced INTER ARMA from their very beginnings.

“Hunter Thompson used to punch out pages of Ernest Hemingway on his typewriter “just to get the feeling” of what it was like to write that way. the same can be said for anyone learning a great cover song: there’s a lot to be deduced from the information there. Actually learning the songs can lead to inspirational, new musical ideas.

Covers have been an integral part of Inter Arma since the beginning of the band and some of these songs have a direct lineage while others are a little more… obscure. As timing would have it, we hope this provides a bit of an escape for listeners, given the surreal circumstances we’re in at the moment, because after all, great art should provide an escape which is part of why we chose to do this: sometimes you just wanna be runnin’ down a dream…“

‘Garbers Days Revisited‘ is due for release July 10th from Relapse Records and is available on CD, LP, and Digital formats; pre-order [HERE].