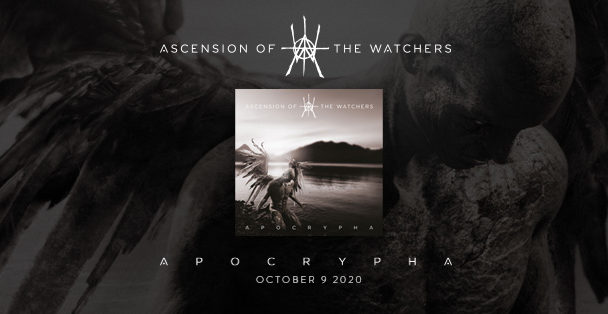 It was two years ago this month (July 2018) that we reported on the then-news of ASCENSION OF THE WATCHERS’ planned return via a second album release.

At the time, the ambient rock band led by Fear Factory frontman Burton C. Bell was touting a sort of comeback after a decade’s absence. Going as far as revealing a working title of their next album and a label to host its release, intrigue was piqued at that point. The band then utilized the crowdfunding platform PledgeMusic to launch the project in full and, despite a very successful campaign raising 124% of their goal, PledgeMusic was soon embroiled in troubles.

Those troubles grew and magnified, with PledgeMusic eventually declaring bankruptcy and, in turn, never releasing any of the funds dedicated to the ASCENSION OF THE WATCHERS recordings. Nevertheless, Burton and his bandmates, John Bechdel (keys, synths) and Jayce Lewis (drums, programming) persevered to complete their long-delayed second album.

Now, after ten-plus years of writing and recording, along with reflection on the very personal nature of this project, ASCENSION OF THE WATCHERS renews its journey in 2020, with the culmination of the long-awaited sophomore album.

‘Apocrypha‘ is the next step in the evolving aural spirituality that is ASCENSION OF THE WATCHERS and it is set to manifest October 9th from Dissonance Productions. Recorded at Northstone Studios in the rustic countryside of South Wales in the U.K., ‘Apocrypha‘ is a masterfully executed journey of innovative aspirations upon untethered psychedelia, ambient atmospheres, melodies, and introspective lyrics.

Further details of the album will be released in the weeks to come, with plans of conceptualized touring for ASCENSION OF THE WATCHERS in the works. ‘Apocrypha‘ will be released October 9th through Dissonance Productions; find pre-order options [HERE].