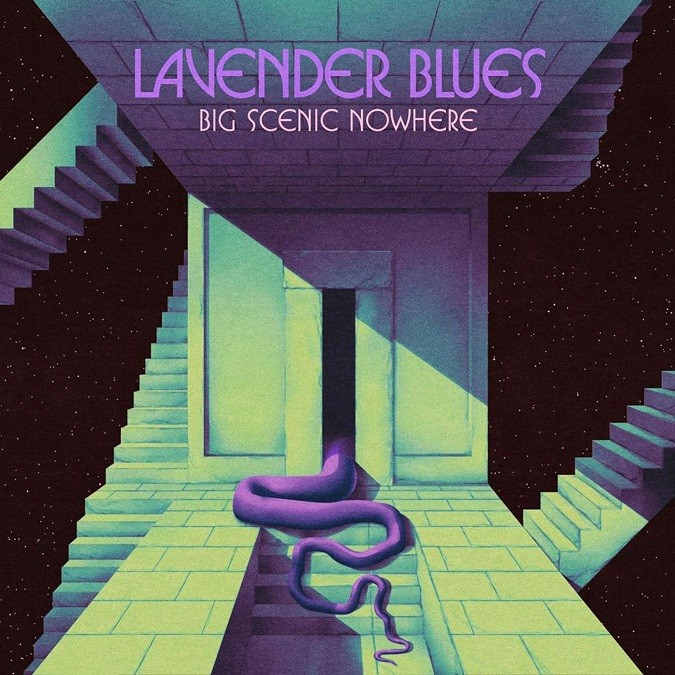 The ensemble group was founded on Balch and Arce tossing guitar riffs and leads back and forth, piecing together song parts one movement at a time. Jamming. Sharing music. Developing a chemistry to build something new based on their individual experiences. In this way, BIG SCENIC NOWHERE is the heart of what collaboration should manifest. Something that grows stronger for the cohesion between those who make it happen. The initial result of this symbiosis was released in Fall 2019, on their debut EP ‘Dying On The Mountain‘ as part of the Blues Funeral Recordings subscriber series PostWax.

This new EP ‘Lavender Blues‘ features some of the great names of the rock world: Per Wiberg (former Opeth, also Kamchatka) on synth and piano, and also Daniel Mongrain (Voivod) and Chris Goss (Masters Of Reality) on guitar. The sound once again has this mellow and psychedelic attitude, with pinches of space rock and a matrix of desert sound, but you can also hear some progressive passages and old school hard rock riffing.

All songs were mixed and mastered by Tony Reed (HeavyHead Recording Co.). The amazing cover art was designed by Max Loeffler. BIG SCENIC NOWHERE‘s new ‘Lavender Blues‘ EP is due out on October 23rd, 2020, on Heavy Psych Sounds. Get a teaser listen with a clip of the original recording tape for “Labyrinths Fade” below. The EP is now available to pre-order in the following formats: