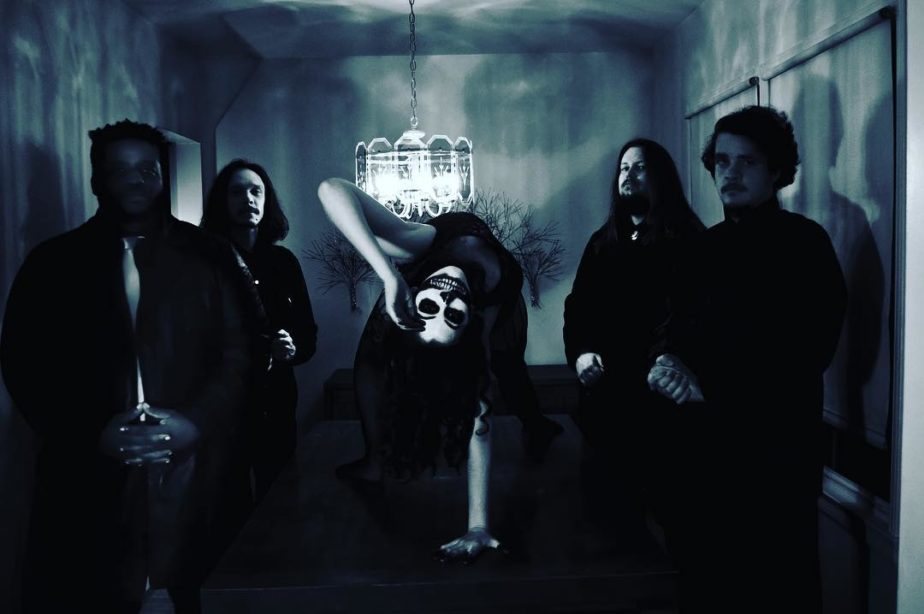 First and foremost, OLD BLOOD has just released a new single titled “Enjoy, The Devil“, accompanied by an official video. Directed by Harold Hayes Jr., with production services supplied by Darkstar Entertainment, the video captures a mind-blowing performance from the OLD BLOOD camp, both instrumentally and visually.

The quintet behind the track – singer Feathers, guitarist Gunner, bassist Octopus, drummer Diesel, and synth player Stone – quickly establish that they have clearly not lost their creative edge. “Enjoy, The Devil” is a slowly pulsing sonic enchantment constructed of hypnotically intoxicating music and topped off with the simmering, sultry vocals of Feathers.

Also, the band’s well enjoyed calling card of alluring visuals, amid a presentation of lysergic cabaret returns, and is on full display in this stunning new video.

The PR release that delivered the clip also reveals that OLD BLOOD has signed with Wright Records / Sony Music / The Orchard for the eventual distribution of a new album. This ocular offering is but a small taste of what can be expected from the eagerly anticipated follow-up to the band’s smashing breakout record, 2016’s self-titled ‘Old Blood’ (stream).

Dig the aptly titled commandment, “Enjoy, The Devil“, now. Also, you can catch OLD BLOOD live when they, alongside Dread and Garbeast, support CASTLE at Resident in Los Angeles on Wednesday, December 5th [Info].