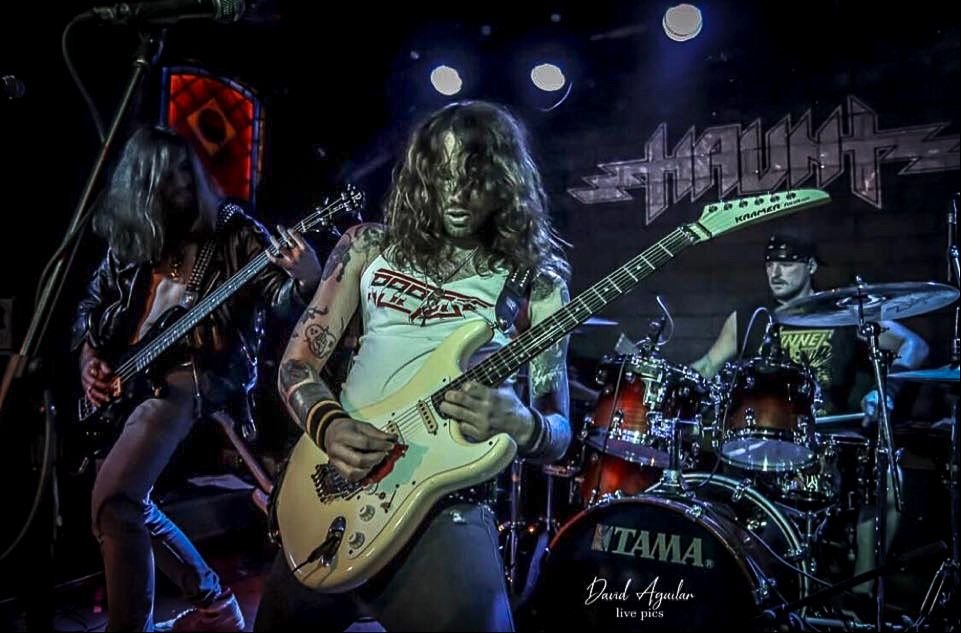 Trevor William Church, guitarist and vocalist for the bands BEASTMAKER and HAUNT, is possibly part machine. The man from Fresno, California looks and acts human enough, but he has certainly been a busy guy the past several years. Two bands, multiple tours, and a slew of releases from both bands put out at an almost shocking frequency.

I wouldn’t suspect Trevor is slowing down, even with the homebound rules currently in effect. Let’s find out what Trevor William Church is up to these days, as he’s here to be our fifth piece in the Gear Assembly! Rock on…

I started playing at about 11 years old and the main influence at that time was Metallica.

Always the newest one I’ve written. But if I had to pick one that’s already released, “Hearts on Fire“.

Mainly because I wrote it about skateboarding, and I’d have to say that without skating I wouldn’t have fallen into music. It defined who I was growing up. It still plays a role, even in my adult life. Skate or die!

I like to use Amplitube software, namely their Engl Powerball VST. I use a bunch of different VST compressors in the studio, as well. Most are based off of UA’s 1176 unit.

I also use a Universal Audio OX, which is an interesting unit, because you get cab simulation while plugging your tube head directly into your DAW.

I own a large amount of effects pedals. Mainly early 80’s cheap pedals. Arion and Aria. I basically own the entire line from both companies. There are also a couple Mesa Boogie heads here – a DC10 and a Mark III.

I usually practice the entire set on guitar, or half of each song. Just to get comfortable.

Gatorade. Also, some vocal warm ups to loosen up.

I take the same approach as I would in skateboarding.

You’re doing the same tricks all the time, but when you take it to a new spot it’s different. It’s new there and somehow that makes it a totally new experience. Just get sweaty and rock.

Ernie Ball strings. Only strings I’ve committed to, since day one. I tried others, but always came back. I have an Ernie Ball endorsement, but I’d use them anyway.

I like to use a lot of different brands, as far as gear. I’ll try anything that seems appealing.

My two BC Rich Mockingbirds. They give me power… or so I think they do.

They all have the spirit and can rip on guitar.

Don’t spend a lot of money on gear. Cheap stuff can be just as awesome if you know what to look for.

Tours are cancelled and basically can’t rehearse with my band. I’m just focusing on songwriting, recording, and practicing.

I’m generally a homebody, outside of touring. So, I’m okay with being home, because I have a recording studio in the back house to keep me busy. I’m eager to get back on stage.

Basically, what I have now. I’m pretty simple.