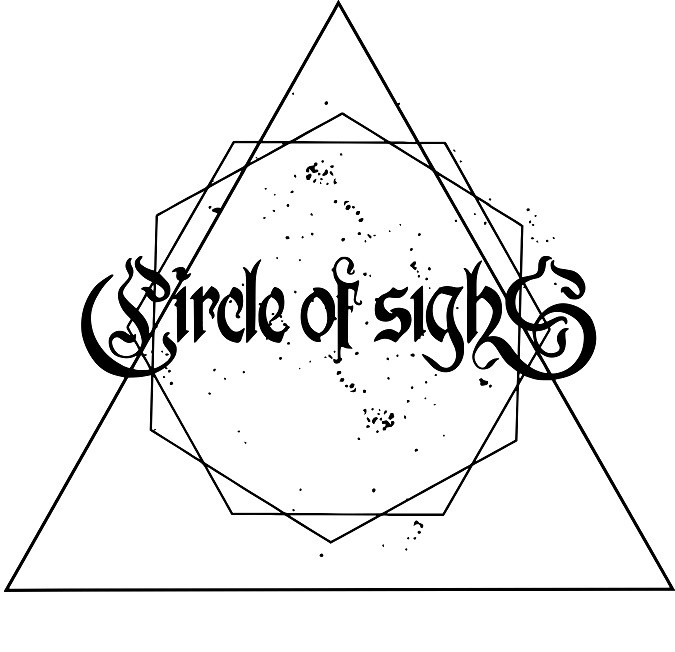 California‘s spectral enclave of doomgaze, CIRCLE OF SIGHS, is preparing to release its latest single “Roses Blue” in digital format, just in time for the February 2021 edition of ‘Bandcamp Friday’ on the 5th. Before that digital option is out to cause you a temporal twist, we have an advanced premiere of the song by way of a visual feature for your cornea to absorb.

“Roses Blue” is a doom metal update of the Joni Mitchell song from her 1969 album, ‘Clouds‘. Shoegaze, dark jazz, and black metal all find their way into the cauldron as well, bringing to the forefront a foreboding darkness that resided as subtext in Joni’s original.

Not only do we have the new video, but an additional treat in this song is that it features a guest vocalist… none other than JJ Koczan, formerly of NJ sludge legends Maegashira, but perhaps best known as the proprietor of the stoner/doom-centric webzine TheObelisk.net (which recently celebrated its 12th year!).

With the song recorded January 2021 in Los Angeles, California, and vocals recorded at Moonlight Mile Recording in Hoboken, New Jersey, the video for “Roses Blue” was shot on location in Scotland and France (drone footage by Roy Simpson), and edited by Nyloc Spheris in Los Angeles. It stars Marie Jeanne as the titular “Rose” (of whom observant Hessians may recognize as the demon-summoning sorceress from Electric Wizard’s “Sadiowitch” video).

“Perhaps JJ thought he was joking when he mentioned singing with us, but we took the matter very seriously. It was our honor to drag his vocal cords out of semi-retirement and when he suggested this song as a cover, we knew he rightfully belonged in the sacred circle. His performance was delicate and brutal in equal measure. We couldn’t have been more pleased.”

“Roses Blue” is the latest in a series of standalone singles that CIRCLE OF SIGHS is releasing in advance of their upcoming sophomore full-length. The “Fleshself” single debuted in December 2020. After perusing the new video, have a listen to their debut album ‘Salo‘ from June 2020, streaming via Bandcamp below.

Details about the forthcoming album will be announced by the band soon. Grab the “Roses Blue” single on Bandcamp Friday, February 5th!