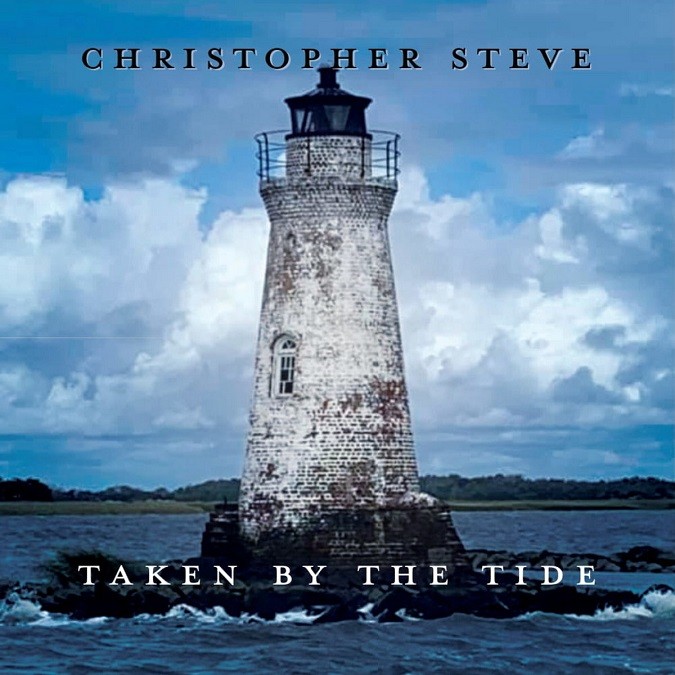 ‘Taken By The Tide‘ is the new offering of Christopher Steve (aka Chris Latta), the Indianapolis, Indiana main guy of

Lavaborne’s (as well as Spirit Division), which was released on February 26, 2021, and musically filled with the “blesses” of Dax Riggs, Conny Ochs, and Wino solo works. And with this I mean: a powerful magnetism of acoustic dark-infused vibes running through more than 40 minutes.

This ‘Taken By The Tide‘ album grants us a mystical trip through the most hypnotic paths of Doom Folk, Americana-style evoking the spirit of the subconscious inner verse. Don’t wait for great reverberations, noisy chords, or gritty chants: it’s all more deep, calm, and beautiful.

Chris does vocals, guitar, bass, and percussion. Basically everything. And yeah, we got a lot of special participation in the release. Chris’ poetic/folk-inspired mellow but also powerful chant generally is the real and great guide in this release and offers a vision to the inside, summoning the most calm and true feelings.

All the vocal parts are great and perfectly connected with the whole instrumental stuff and give to this work a sense of fulfillment and connection without any lack of meaning and sense of rightness. I am usually tempted to become quickly bored and tired with this kind of music in general. Shame on me.

In this release otherwise, I feel completely lost and conquered by the awesome union of the elements and for specific passages in a bunch of songs. Like covered by beautiful sad songs in an emotional trench or something. It’s not exactly music to be described or explained but just felt. Maybe you love or just hate. Maybe I am wrong but there’s no “middle option” for this release in my opinion. And I loved it.

Pointing a few songs in particular: the participation of Jessie May with Cello in the third and four tracks “Denial or Delight” and the eponymous song “Taken By The Tide” give us an extra dose of non-superficial chills with a real and accurate epic-aura infusion. Layers over layers and orchestration of emotional conduction provided with precision, truth, and conviction.

Both tracks emanate a feeling equally powerful and fragile. Sometimes alternating, sometimes juxtaposing. Never demanding an explanation, just like feelings didn’t need. It’s an admirable quality that only the most deep and rooted things have in their essences.

The guitar solos (provided by David Gabe in the very first “Sacred Catharsis” and Brandon Signorino and Max Barber in the final “Eternity“) fit smooth and solid without being rude to the inspired job of Chris, connecting in a very sensible and coherent way. The percussion work is also very cool and strong, especially in “Eternity“.

And the sixth instrumental track “American Ruins” is probably the heaviest (in the usual meaning of the word) moment of the album with the Electric Guitar of Patrick Phillips (also doing Synth) propagating a sense of urgency and imminent menace, coming closer to the heaviest side of the music and making the things a little lysergic too. (Signorino also contributed the Mandolin work on “I Am A Clinic Escort“, and Freddie Rodriguez provided keyboards on “Break For You“.)

I really don’t know if ‘Taken By The Tide‘ will have a place between the most known releases of the year and actually I really don´t know if this is essential. Not following the usual meaning of this.

To be understood: I really would love that a lot of people came to know this release, but for the right reason. Not only as a mere musical piece but actually as a great and honest moment of soul transpiration. It’s all about emotions and truth.

Produced and engineered by Chris Latta, ‘Taken By The Tide‘ was recorded at Dunwich Studios in Indianapolis, Indiana in April 2020. The guest performances were recorded at various studios from April through August 2020. The album was mixed and mastered by Patrick Phillips.

‘Taken By The Tide‘ is currently available via Bandcamp for digital download or streaming.

1 thought on “CHRISTOPHER STEVE ‘Taken By The Tide’ Album Review”