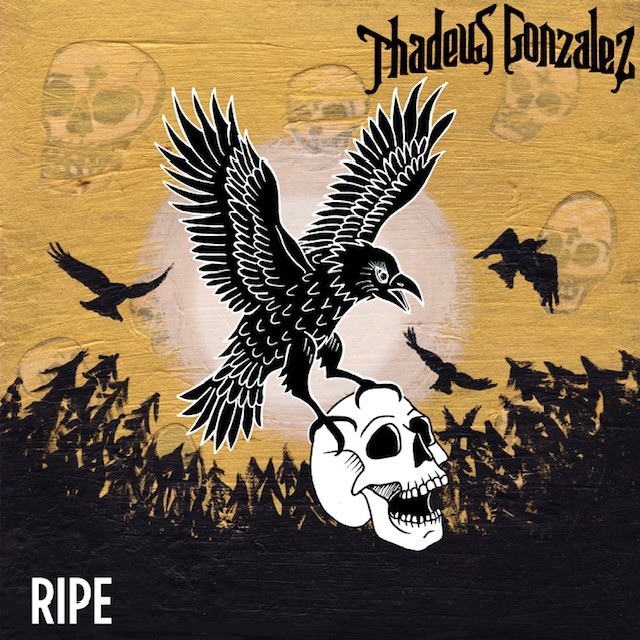 Thadeus Gonzalez is a singer, songwriter, and musician from Oakland, California. We have an exclusive stream of the latest single “Ripe” premiering today. The track is off his upcoming album, entitled ‘Opposite Faces‘.

While fronting a local rock band Electric Sister nearly ten years ago, Thadeus caught international critical attention and was called “a front man to watch” with “an arena looking and sounding attitude.” After launching a solo career in 2014, his reputation for genre-blending was solidified.

His independently-released debut record, ‘Utopian Society‘, which earned critical acclaim and was followed up by ‘Silver Inside‘, released via Spectra Music in 2018, and it kicked off nearly two years of coast-to-coast and international touring. Thadeus has opened for KISS, Motley Crue, Slash, and Bon Jovi. His third record, ‘Opposite Faces‘, will be released via Rebel Waves Records (the garage rock/ psych imprint of Ripple Music) in July 2021.

Confident as ever, his third album ‘Opposite Faces‘ weaves together razor-edged riffing, a straightforward attitude alongside an alternative–punk flare, and a gift for singalong-ready hooks. The pervading tension, his emotional commitment, and his inner fire never let go of the listener throughout the ten tracks, offering a refreshing take on hard rock and a compelling journey into the world of one of the Bay Area, U.S.A.’s most inspiring rockers. With the premiere of the new single today, Thadeus explains the idea behind “Ripe“:

“When I started writing the lyrics for ‘Ripe’, I really didn’t have a meaning or direction in mind. As I worked through it, I began contemplating being in the right place, at the right time and how fast things could come and go… you could lose good things at any moment.”

Have a listen to the exclusive stream of the new single “Ripe” via Soundcloud below, as well as scroll a bit further to hear the earlier singles “Never Tear Us Apart” (INXS cover) and “The Death Of A Good Hustle” via Bandcamp (and the accompanying video for the latter track).

The new album ‘Opposite Faces‘ will be issued Friday, July 16th, 2021, on various limited vinyl formats, CD digipak, and digital download via the Ripple Music imprint Rebel Waves Records. Grab a copy of the album at one of the following locations: