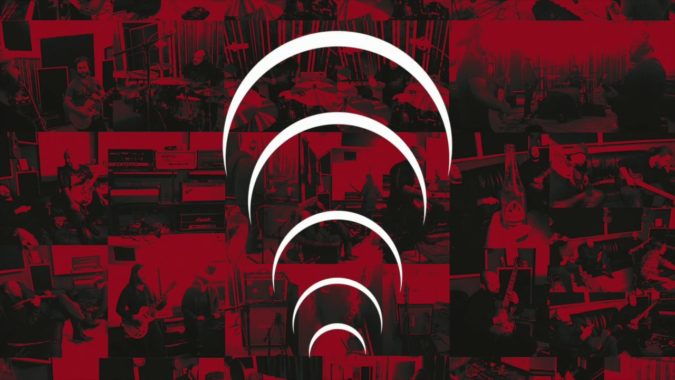 Oakland, California’s multifaceted musical collective, MOUNTAINEER, is preparing to release a new, full-length studio album at the end of this week.

Entitled ‘Bloodletting‘, the band’s third studio offering is set to arrive May 22nd from Lifeforce Records, and is the first to feature new guitarists, Isaac Rigler and Forrest Harvey (both of DAXMA). The duo joins band founders, guitarist Clayton Bartholomew (ex-Secrets Of The Sky, ex-Lycus), and vocalist Miguel Meza (ex-Ashes Of American Flags), along with drummer Patrick Spain and bassist Dillon Variz.

Unified beneath the MOUNTAINEER banner, the band’s noticeably well-crafted songwriting is one of the first things to impress. In truth, it is something with altogether new aspects, as this is the first recording as a fully fleshed-out band with each member contributing. Immense melodically alluring qualities are laced throughout this album, from the hypnotic to the harrowing, each burrowing its way into one’s brain. Taking pages from the great aural authors that came before, acts like Neurosis, Minsk, or Isis have clearly influenced the maestros of MOUNTAINEER.

Where previous releases ‘Passages‘ (2018) and ‘Sirens And Slumber‘ (2017) put MOUNTAINEER on the map, ‘Bloodletting‘ provides a whole new set of directions. The record provides the audible slaughter of routine mediocrity now overrunning various music scenes and we invite you to experience this by exploring their latest single, “Shot Through With Sunlight“. Laden with haunting melancholy for most of its duration, while other passages of the song symbolically slip their tethers and then explore much denser headings.

The new ‘Bloodletting‘ album from MOUNTAINEER will be available on limited Vinyl LP, CD, and Digital formats that will arrive May 22nd from Lifeforce Records. Pre-order it now [HERE].

Included with today’s now-unveiled number are two previously shared singles and their videos, “The Weeds I Have Tended” and “Ghost Story“. You can also find a mini-documentary about the making of the ‘Bloodletting‘ album at this [link].