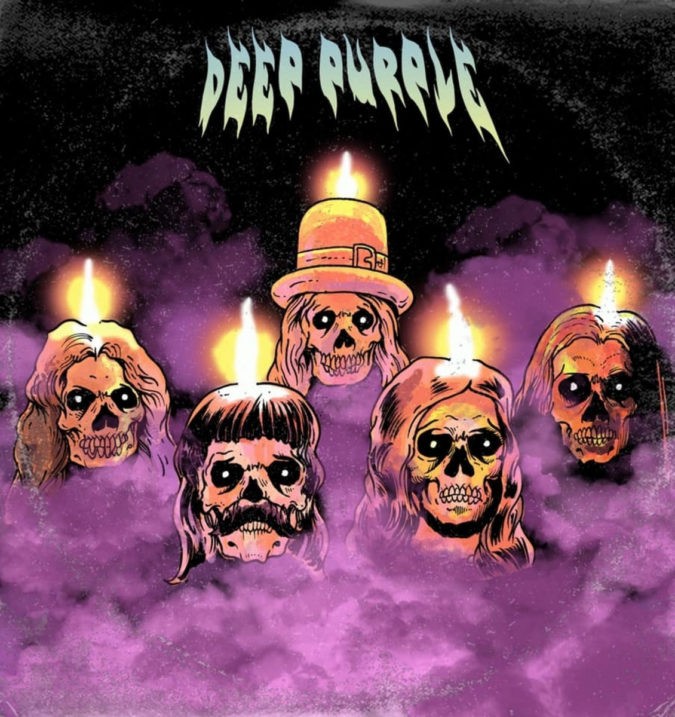 The California underground heavy rock and metal specialists at Glory or Death Records present the second installment of its ‘Bow To Your Masters‘ compilation series paying tribute to some of the best in classic heavy rock. Early 2018 produced the first-round with ‘Volume One: Thin Lizzy‘.

In 2020, the label began to gather some of Planet Earth’s finest underground rock ‘n rollers to come together for a massive tribute to the legendary heavy rock pioneer act Deep Purple. Including reimagined original artwork from Daniel Porta, Carin A. Hazmat, and David Paul Seymour, the ‘Volume Two: Deep Purple‘ compilation was mastered by James Page at Emerald Age Recording.

We have a full stream of the digital release today, along with a six-minute teaser video as well as a full-song visual for your listening and viewing pleasure. All are below, but before you dive in you really should check out this intricate list of acts the label put together for this release. It’s a mind-boggling list of talent.

From legendary heavy bands such as YOB and Mos Generator to newer projects like Asphodel Wine and Big Scenic Nowhere, come wrap your mind around this list of fifteen bands and recording details that Glory or Death Records has involved in the upcoming ‘Volume Two: Deep Purple‘ tribute…

‘Bow To Your Masters Vol. 2: Deep Purple‘ digital release is out now (May 7th), with the vinyl LP expected in November 2021.

A special treat for those lucky enough to order early… In addition to their beautiful rendition of the “Perfect Strangers” track for the compilation, Glory Or Death Records also has a limited edition YOB T-shirt and Fabric Flag available on release day.

Purchases of either the YOB t-shirt or flag will come with a full digital download of the ‘Bow To Your Masters Vol. Two: Deep Purple‘ tribute album.